“I apologize if I inspired anybody to do drugs.”

Juicy J recently made headlines with a short and simple tweet and to the point; “I apologize if I inspired anybody to do drugs.” That may not seem like the biggest of deals, perhaps just a reflection as the new year approached. I see it as something more significant, hopefully, a sign of the times, that perhaps, as drug addiction took the lives of nearly a half-million Americans in this past decade alone, maybe this thing is hitting home in enough lives that promoting the idea that drugs are cool and hip is beginning to fade.

Juicy J is hardly the first entertainer to come out and speak out against drug abuse, but as I now work in the field of addiction after turning my own life around it caught my attention. It reminded me of a song by Macklemore, another artist who has been very public about his struggles with addiction. The song is ‘Other Side’, and in it he touches on rappers and other entertainers following the formula of what sells, noting that they sing about something they haven’t lived despite being idolized and directly impacting the lives of the youth that listen to their music.

When anyone first takes a drug, it doesn’t start out with abuse. It begins with experimentation. Addiction comes later. Whether a person is simply being rebellious, trying to fit in, or acting on what they think seems like the cool thing to do based on their favorite song, movie, or TV show, the idea always comes from somewhere. It doesn’t involve contemplating their life torpedoing in a downward spiral of pain and suffering. It is that early perception that gives drugs a nice and shiny bow, while kids never consider what happens when they chase the rabbit down the hole. Music videos from 36 Mafia and countless other entertainers over the years, the ones that likely inspired Juicy J’s tweet, that have glorified drugs don’t paint the real picture. They show the nice and shiny bow without the consequences that follow. They show a good time. They show the parties, the good-looking people, the escapism.

As any person who has had their life spiral out of control through drug addiction can attest, it’s no party when it gets to that point. It isn’t fun and the only escapism involved is the daydreaming of finding a way out of the prison that life has become. Addicts are dying from overdoses and families all over the world are being left to grieve and ponder what could have been. Perhaps some of these entertainers are realizing that rapping and singing about drugs no longer feels appropriate. Perhaps they have been directly affected by someone they love and care about, or perhaps they have struggled with it themselves and know that what they’ve been preaching isn’t a message they feel comfortable sending anymore.

Regardless of the reasoning, I hope it’s a trend that continues and that more people with the type of platform Juicy J has continued to try to be a voice of reason when it comes to drug abuse and addiction. Some of these entertainers are idolized by today’s youth and having their ear can either be a voice of reason or a voice for destruction. If we are going to turn the tide and start pushing back against drug addiction, it’s going to take a collective effort. If you or anyone you know is seeking help, please reach out.

Xanax May Be to Blame for the Death of Lil’ Peep

Drugs don’t just affect your average, everyday citizens. Addiction is one of those things that crosses all sorts of socio-economic boundaries. 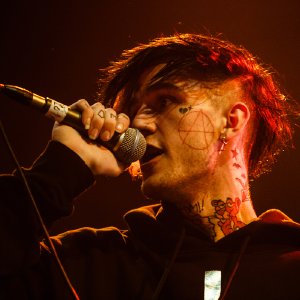