Xanax May Be to Blame for the Death of Lil’ Peep

Drugs don’t just affect your average, everyday citizens. Addiction is one of those things that crosses all sorts of socio-economic boundaries. It doesn’t matter if you’re from the slums of the city or you’re a multimillionaire from Beverly Hills, everyone is equally able to become addicted. As the drug epidemic keeps pushing forward, more and more causalities are continuously being spewed out from the tumultuous cyclone.

Over the past year, celebrities have died as a result of drug overdoses, proof that no one is immune to this crisis and no one is exempt from the ability to get addicted. Most notably, the artist Prince died as a result of a fentanyl overdose due to consuming fake Vicodin pills. Beyond fentanyl and opiates, the other huge epidemic we have in this country is the benzodiazepine epidemic, which just took the life of an up and coming hip-hop star.

Gustav Ahr, known by his fans as “Lil’ Peep” just died as a result of a potential Xanax overdose. On November 15th, he was found unresponsive in his tour bus near Tucson, AZ. First responders were unable to revive him, and he was pronounced dead at the scene. So far, the cause of death is currently unknown but as authorities await toxicology results, they believe a Xanax overdose is what killed him.

Now, while there’s a huge problem with Xanax abuse among young 20-somethings, I can’t get the story out of my head of the fake Xanax that was going around Florida. In just a few days last year, multiple people in Florida were dead as a result of taking fake Xanax bars. The drugs looked exactly like real Xanax and instead of being comprised of Alprazolam, the active ingredient in real Xanax, they were a mix of Xanax and fentanyl. So, the people who took them weren’t dying from Xanax toxicity but on the contrary, were dying from an opiate overdose. I can’t help but wonder if Lil’ Peep actually died from a fentanyl overdose as a result of taking fake Xanax.

The fact of the matter is, Lil’ Peep seemed to deal with the regular anxieties, depressions, and angst that comes with being a millennial. While he was getting quite a large following, Peep couldn’t shake off the demons he felt inside of him and instead silenced them with drugs and alcohol. This brings me back to a point I have made over and over again; drugs are a solution to a problem. No matter what a person’s problems are, drugs become a solution to them as soon as a person takes them and realizes the pills they just took handled the very things that bog them down on a daily basis. Then, Pandora’s box is busted wide open and isn’t shut very easily. I can only wonder what would’ve happened to this shining talent had he found the right program to help him overcome the issues that wound up killing him.

Juicy J recently made headlines with a short and simple tweet and to the point; “I apologize if I inspired anybody to do drugs.” That may not seem like the biggest of deals, perhaps just a reflection as the new year approached… 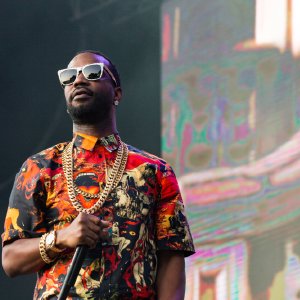