Fake Xanax Kills 9 People in Florida…What else was in it?

Back in the day, although dangerous in and of itself, drug addicts didn’t have to worry about buying fake pharmaceutical drugs on the street. Of course, they could get tricked by street dealers looking to make a quick profit, who said they were selling one thing but really selling something weaker. Nowadays, addicts have something new to fear… dealers creating and pressing their own pills and mixing the ingredients themselves, often with deadly outcomes. In this new era of drug abuse, an addict might think they’re buying a 30mg Roxy but instead are getting a homemade pill, created to look exactly like an Oxycodone pill, but with much different ingredients.

In the last 3 months, 9 people have died in Florida from fake Xanax pills. Now dubbed the “super pill,” addicts are buying Xanax off the street and they aren’t just getting Xanax. They’re getting a deadly mix of Xanax and Fentanyl. How is this possible? Basically, dealers are pressing their own pills to look exactly like a Xanax bar, which makes it hard for addicts to tell if they’ve just purchased an authentic Xanax or if they may have gotten their hands on the “super pill.” With the upcoming Spring Break season, a local Sheriff released a stern warning.

“People need to immediately stop buying Xanax on the street because their life literally depends on it. You don't have to take a handful of them. All you gotta do is take one, and you're dead.”

Sheriff’s investigators are launching a full-scale investigation to find who is creating and supplying these pills. If anyone is found selling these pills, they will be charged with first-degree murder. Unfortunately, the problem isn’t concentrated only to Florida. These “super pills” have been found in at least 21 other states, although Florida has the highest-growing death toll from these fakes.

Fentanyl-related deaths have been on the rise for the last 10 or more years. It originally gained notoriety from being mixed with already strong heroin, causing mass overdose casualties all over the country, with the highest concentration being in the northeastern part of the United States. The sick part is that addicts would intentionally seek out this deadly combination with the promise of a stronger, longer high and getting “more bang for their buck” (no pun intended). Now, addicts are unknowingly coming into contact with Fentanyl in cleverly disguised ways.

No addict should ever trust their dealer to give them exactly what they’re looking for. Addicts used to fear dealers cutting their product too much and weakening its strength. Now, it’s the opposite problem. Dealers are recklessly adding Fentanyl to not only heroin, but making their own homemade pills, posing as another drug. Dealers are no longer interested in selling a superior product and gaining repeat business. They actually don’t care if you die. As long as they’re able to make a quick buck, that’s all they’re concerned about.

Addicts these days have way more to fear than ever. Besides getting robbed, beaten up or ripped off by dealers or getting caught by the police and being put in jail, addicts now have to worry about getting fake, ultra-strong drugs. It used to be getting fake drugs meant you got something that wasn’t even a drug or something benign that wouldn’t even get you high. Now, getting fake drugs means getting something so strong it could end your life. The mortality rates for today’s drugs are astronomical as compared to years ago. Anyone struggling with addiction needs to get help and get help as quickly as possible. They need to get to a treatment center that will help get to the root cause of their addiction and help them to become drug-free for good. Their life depends on it… now more than ever!

Fentanyl is one drug that I believe will go down in history books forever. It’s not often that a generation sees a substance that drastically and permanently changes the societal landscape around it. 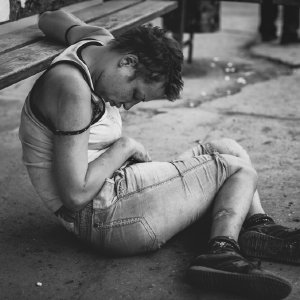 Elephant Tranquilizers Are the New Heroin

Drug addicts take regular gambles with their lives and each day they play a new game of Russian Roulette. It’s no secret that drug addicts put themselves in sketchy situations that no sane person would ever contemplate doing. 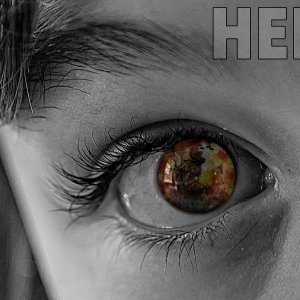