Where Has the “War on Drugs” Gotten Us?

In 1971, President Richard Nixon declared a “War on Drugs” which primarily focused on the eradication of drugs, interdiction of drug sales and incarceration of drug users (Wikipedia 2016). To date, the War on Drugs has been the longest running war the United States has ever been involved in with no resolution. The idea of the War on Drugs was to severely punish those manufacturing, selling and consuming illicit substances. It seemed a good idea at first, to completely abolish and minimize the existence of drugs, but I believe the result ended up further suppressing the lower class within the U.S.

According to a government website, drug-related deaths have more than doubled since the early 1980’s. There are more deaths, illness, and disabilities from substance abuse than from any other preventable health condition. Today, one in four deaths is attributable to alcohol, tobacco, and illicit drug use (www.drugabuse.gov 2016).

How far have we come since 1971? What resolution to this epidemic has been found? If you ask your average, everyday American what addiction is and how you treat it, you will most likely hear:

“Well, addiction is an incurable disease. And you have to treat the disease everyday by attending AA or NA meetings, find God, get a sponsor and work the steps.”

“Addiction really comes from a person not feeling good. Like being depressed. So you need to take anti-depressants to get rid of the depression and then go to rehab, AA meetings, etc. etc.”

Basically, since 1971, we have determined that addiction is an incurable disease in which drugs are necessary to keep it at bay. And that the answer to drugs is more drugs?

I don’t think so.

The answer is treatment. Yet, one major stop for addicts who want real treatment and real recovery is finances. In the plethora of drug rehabilitation centers that exist throughout the United States, there are a select few which actually handle the root causes of drug addiction; that actually handle a person’s entire life to ensure they live a drug-free lifestyle, making the idea of “relapse is a part of recovery” an obsolete cliché. The main problem is a financial one. These programs cost money. Some take insurance but are limited to private, PPO insurance policies underwritten by major carriers. When drug addicts are down and out, a majority of them are not as lucky as the select few whose families can foot the bill for a good quality rehabilitation program or for a decent insurance policy that will cover a stay in a treatment program. A majority of drug addicted Americans are dependent upon government assistance for food, housing and medical care which limits their treatment options substantially.

The government is not going to pay for you to enroll in a treatment center that will fully handle an addiction. A government issued Medicaid policy will pay for you to attend a 3 day detox that will feed you drugs to get you off drugs and then once 3 days is up, you’re kicked back out onto the streets just to go get high again and eventually back to the same or a similar detox clinic.

Additionally, Medicaid will pay for you to attend a 30-60 day residential treatment center that is based on the disease model of addiction and is usually based out of a hospital or a homeless shelter. The disease model teaches that you have an incurable ailment you are completely powerless over and the only way to handle it is to take the psychotropic medication their psychiatrist prescribes you, go to AA or NA meetings, find God and pray that you don’t pick up drugs again.

This creates the so-called “revolving door” of government funded or low-cost treatment centers and detoxification clinics. People come in, dry out, get put on meds, told they are powerless and then kicked back out with a completely unhandled addiction only to hit the streets and repeat the process all over again.

If there are decent, high-quality addiction treatment centers that get the full scope of an addiction handled, why won’t the government make them more financially attainable by allowing government assistance programs to pay for them? Is this revolving door of promising recovery to low-income individuals and then not delivering that humane? How can the government send people to treatment centers that fail to promise recovery and handle their addiction while at the same time saying “drugs are public enemy number one?”

If the War on Drugs and eradicating substance abuse from the face of the planet was such a priority, why not make decent rehab programs widely available to the impoverished strata of the socio-economic class? Is it safe to assume the government doesn’t want to lose the income that comes with the incarceration and fines adjudicated by the courts against drug offenders? That’s a whole other discussion for a different time.

It is estimated that the United States spends nearly $51 billion annually on the “War on Drugs” initiatives. Where has spending all this money gotten us? Revolving door rehabs? Astronomical incarceration rates? It’s gotten us nowhere. In order to wage an actual War on Drugs and end drug abuse for good, high-quality treatment modalities with consistently good results need to be endorsed by and provided by the government to those whom attending these programs are an unreachable goal on a financial level. 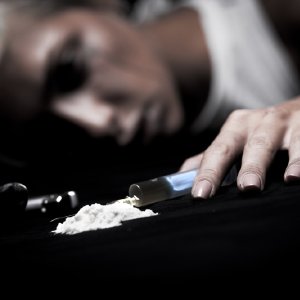 I Now Love Myself

The tools NARCONON has given me, through Life Skills has put me in the position of strength and power instead of fear and retreat. To find who I really am and who I’ve always been inside is such a liberating experience. I will be forever grateful for the freedom I now have to live my life in the TRUE definition of Love. 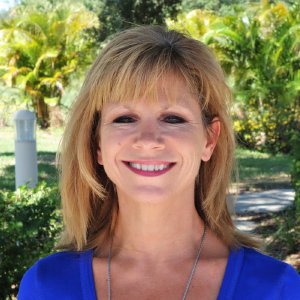