Suboxone: What You Need to Know

Suboxone has long been considered a “miracle cure” for opiate addiction. In the wide ocean of drug rehab modalities, it seems an addict going to a doctor and getting prescribed Suboxone is one of the most popular ways to “handle” their addiction.

But does it really handle it?

Place the film under your tongue and let it dissolve. That’s literally all you have to do to beat your addiction if you choose to take Suboxone. While doing that makes sense to a lot of people, to me, it makes literally zero sense. Addicts become addicted to drugs because drugs become a solution to their problems. It becomes how they deal with the things life puts in their way and it becomes that fuzzy, warm security blanket they hide under and pull over their heads when things get rough.

Suboxone is an opiate! This might be a newsflash for some people who do not realize Suboxone is an opiate and considered a narcotic drug. Suboxone goes by other brand names like Subsolv and Bunavail and all are combinations of buprenorphine and naloxone. Buprenorphine is a narcotic drug that activates the brain’s opiate receptors, just like Oxycodone, Vicodin, heroin, or fentanyl. Naloxone is an opiate blocker that is supposed to block out the euphoric, intoxicating effects of the narcotic and leave a person seemingly sober while handling their detox symptoms. That’s right, Suboxone was originally created as a detox drug to help addicts to come off opiates more comfortably and wasn’t designed for long-term use. In later years, Suboxone has been approved for long-term use as a prophylactic measure against relapse, because if a person uses opiates on top of Suboxone, they won’t feel their effects.

While Suboxone is regarded by some as the “bee’s knees” as far as medication-assisted treatment goes, the interesting thing is, according to a popular drug information website, Suboxone is considered habit-forming and can cause “addiction, overdose, or death.” So basically, Suboxone is just as much of a drug as heroin and get this, you can overdose on it and the drug causes overdose symptoms identical to other opiates. So, Suboxone is just another opiate.

So, what’s the point of even taking it?

Intoxicating Effects and Side-Effects of Suboxone

Suboxone can cause intoxication. In other words, it has the potential to get you high. Interestingly enough, Suboxone also causes a similar high to opiates, while also creating similar side-effects.

Suboxone side effects are:

Taking Suboxone causes a physical dependence much like traditional opiates. It’s interesting to think that Suboxone, which was once used solely as a detox drug to get people off opiates, has its own withdrawal effects a person must get through to be drug-free. But that’s the catch-22 of the whole thing. Addicts who get on Suboxone sometimes get on the drug in lieu of going to drug rehab because all they have to do is pop a pill or a strip and everything will be fine. Most addicts go onto Suboxone in order to start living a sober lifestyle but wind up staying on the drug long-term and never get off the infinite treadmill of drug use.

The withdrawal effects of Suboxone can last much longer than the withdrawal from traditional opiates. This is because the half-life (the amount of time it takes for half of the drug to break down and leave the body) is longer than other opiates, so it causes a protracted withdrawal, meaning it can take weeks or months to start feeling better. Many addicts whom I have spoken with have told me that if they knew then, what they know now, they never, ever would have taken Suboxone. Coming off the drug is a lengthy and uncomfortable process and most people would have had an easier time coming off a heavy heroin habit than coming off Suboxone. They were given a drug to get off another drug and it became a huge problem for them.

I speak to addicts every day who wish they’d never taken it.

Anyway, you slice it, Suboxone is not a good solution to opiate addiction. The drug promises to get addicts off opiates and guide them onto the road to recovery, but that couldn’t be further from the truth. They traded the “street corner” drugs for the pharmacy-bought ones, continued to “dance with the devil,” and certainly paid the price. They took drugs that proved more addictive than the ones they were originally on and getting off them was ten times harder. They, in fact, never achieved sobriety because they sat in groups and meetings and proclaimed their sobriety while under the influence of the one thing that was supposed to get them sober.

Does Being on Suboxone Mean a Person Is Clean?

Almost everyone seems to have an opinion when it comes to the drug crisis . It’s a major societal issue that’s been around for over 20 years and shows no signs of stopping or slowing down.

Oh, the innovations bred by the drug epidemic. This crisis has been a true test of man’s creativity when trying to solve a problem. 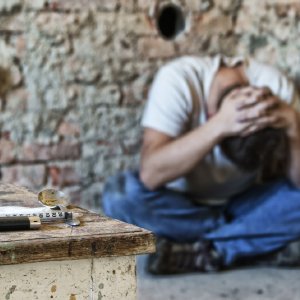