What if OxyContin Never Existed?

The opiate crisis has been well under way for almost 18 years now. It’s hard to believe that we’re here, in 2017 with an out-of-control epidemic that all started in 1999. In 1996, Purdue Pharma introduced the world to OxyContin and the rest is history, so to speak. Time surely flies and it’s unreal that this problem, which all started with completely legal, doctor-prescribed drugs is not only still in existence but that it’s also still growing with no signs of stopping.

I often wonder what the world would be like if OxyContin was never created and over-prescribed. I wonder what the world would have been like if the opiate crisis never occurred. But that’s all a fantasy at this point. The reality is that we’re breaking overdose records almost every day. Our kids are dying at an alarming rate. Having worked in drug rehabilitation since the crisis was well underway, I’ve seen everything at this point. Or at least I hope I have. With the countless addicts that I’ve seen come through drug rehab for opiate addiction, there is a common story among most them. And that common story is that it all started with pills.

I was talking to a student at Narconon Suncoast one day about the progression of opiate addiction and how it all starts with pills. Just like many others before her, she started her journey down the opiate rabbit hole with painkillers. I asked her to describe to me how it all started for her.

The following is what she wrote:

A bright eyed, radiant and young girl is scheduling her appointment to get her wisdom teeth removed. She is 15 years old, has plenty of goals and a bright future ahead of her. Little does she know, the prescription the dentist is going to prescribe is patiently waiting to give her the rush of her life; to give her a false sense of security and happiness. After getting her teeth pulled, she is sitting on the couch in her living room and in a fair amount of pain. She leans over to the end table, grabs the prescription bottle, pops the top, and she takes two Norco.

For the next hour or so she is giddy. She loves the way the pills make her feel. They seem to solve something for her; they make everything better. Five days later and the bottle is empty, much sooner than it should have been.

She feels lost and isn’t completely aware of why yet. Without even realizing it, she branches off to a new group of friends who don’t always have time for school, but always have time to have a party. They drink and smoke together but it’s not the same as the feeling the pills gave her. Late one night, she was offered OxyContin. Now she has found the “it!” The good feelings with her new group of friends. She can have it whenever she needs… for a price.

The cost at first seemed like something she could manage, not to mention totally worth it. Spending anywhere from $200-$400 a night, she still manages to hold down a job and school. She doesn’t see a problem at first but over time she starts asking herself questions. Where are the friends I grew up with? Where is my family? Why can’t I finish school? It’s almost like everything she once knew, that she once loved, all of sudden, they were gone.

She is overwhelmed, broke and tired. She is fired from her job and works side jobs for dealers to support her habit. One day her dealer suggests heroin since it is cheaper and stronger. She gladly excepts this offer. She needs to make the sickness go away. Yet another problem solved by drugs. At this point, she cannot get enough. Yet in a flash, things go from bad to worse. She is now a high school dropout, homeless, and in and out of jail. Everything she owned is gone. She hasn’t spoken to her family in months. She’s holed up in some seedy hotel room in an area she doesn’t belong. As she sits on the bed, blood running down her arm from the one spot she can still shoot up in, she looks up at the mold-covered ceiling and wonders how she got to this point.

If you or a loved one needs help, don’t wait. Call Narconon Suncoast to speak to someone who can help.

Opiate overdoses aren’t just reserved for adults. They can affect anyone, at any time. Addiction isn’t a prejudicial thing. It doesn’t care who you are, how you were raised, or what your occupation is. 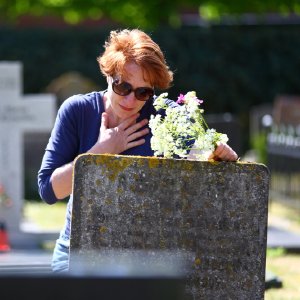