The people we love and care about, the connections we have and the bonds that are formed with those relationships, are the foundation that drives us as human beings.

Addiction is very messy, and perhaps nothing is messier than the relationships that suffer because of drug abuse.

As an addict, I felt alone and completely disconnected from the world, but, more importantly, I isolated myself from the people I love the most—perhaps the emptiest feeling I’ve ever experienced.

The two people I was closest to, who were also responsible for bringing me into this world, suffered the most. They were the ones with the unconditional love that became accompanied by constant pain and worry written all over their faces.

My brother and sister, who I had always been close with up until addiction took over my life, had stopped speaking to me and even began to avoid coming home for the holidays so they would not have to deal with me or see me as the shell of myself I had become.

Then, of course, there were the many failed attempts at a lasting intimate relationship with girlfriends that had no idea they were waiting for the other shoe to drop—the one beyond the paper-thin surface that appeared like a good guy who had his life in order.

After years of half-hearted attempts at getting my life together and a mountain of broken promises to get myself clean, I had zero credibility and zero trust with the only people in my life that truly mattered to me. Every conversation I had was full of tension, turmoil and was then usually followed by days, weeks, or even months of not speaking to avoid confrontation. The damage done to these relationships was not done overnight; it took years of lying, manipulating, stealing, and other repulsive behavior driven by an addiction. In the end, losing the people that meant the most to me made me feel like I was losing my whole world.

How does one even begin to repair these damages when all credibility has been lost, and words have no impact or meaning? We’ve all heard the saying “actions speak louder than words,” and that was never more true than when referring to an addict with years of giving empty promises to get clean.

But what is the solution? When an addict has become a professional at talking their way out of things and that no longer works, how does a person break the habit of using cheap and empty words and let the actions take their course?

It’s simpler than one might think. Once I became serious about getting clean to the point of moving past words and simply saying what I needed to do, I began doing the things I had been promising I would do for years. I subsequently stopped trying to repair the broken relationships with promises of greener pastures. I started creating the greener pasture by working on myself and making changes. I stopped making stupid decisions that would put me at risk and began making decisions that protected myself and put me in a position to be successful at remaining clean. When I started caring about myself and my primary motivation became bettering my own life, that’s when the people in my life started coming around again and wanting to be a part of said life. I didn’t have to convince anybody around me that things were different this time, that drugs were no longer a part of my life. I started genuinely living the part, and the people that cared about me enough to still be a part of my life noticed.

With each passing day, the relationships in my life continue to heal and get better. The beauty of the way it’s happened is that I’m not doing anything out of the ordinary to win back their trust or having to try and convince anybody things have changed. They see it in my actions and hear the sincerity in my voice because it’s real. That’s the only way I know of that works when it comes to repairing damaged relationships caused by addiction.

When I realized that the approach I had been taking wasn’t working and something need to change, when I became willing to make the effort and got myself into a treatment center that fits this new mindset, I was able to achieve the changes I was seeking to make.

When it comes to the people that I love who had been so deeply hurt by my actions as an addict, the repairs to those relationships happened so naturally and organically I didn’t realize just how incredible the healing was until it had already happened. Regardless of the damages that have been done to any relationship through addiction, I know today I am just one of the countless examples that hope does remain when a person becomes truly willing to get help and get better.

The Truth About Relationships as an Addict

Relationships are something that we as humans simply crave in our lives, and some, if not most of these relationships can be healthy and productive to an individual, but as an addict in a relationship, staying afloat long enough to feel anything is the best… 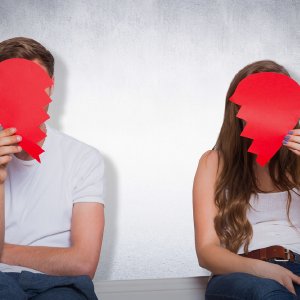