As an addict, I was completely haunted by my past. The choices I made, the people I hurt, the way I behaved under the influence, the entire scope of being an addict was something I constantly obsessed over. The clutter in my head was invasive, damaging, and depressing. I often pondered how a life once full of dreams and goals could turn out so dark and dreary and full of misery.

I never wanted to be an addict or thought I’d be the one hustling day by day to get the next fix of whatever drug was the flavor of the month. I grew up in a good home, never struggled in school as a child, was good in sports, had plenty of friends, and for the most part, was a pretty well-behaved kid growing up. I always assumed from an early age I would do big things with my life. When I was thrust into a downward spiral of alcohol and drug addiction for two decades following high school and college, I spent far more time living a life of regret than anything else.

That’s a much different story for my 20s and 30s than I ever envisioned, but I have yet to meet an addict who said that their life turned out the way they planned. I don’t believe anybody plans to lose control of their life to addiction, so naturally, it creates the narrative of regret and living in past failures and mistakes. Finding the willingness to take responsibility for my past while also gaining acceptance to move on and make changes is an easy thing to say. Finding the right tools, direction, and mindset to put that into practice proved to be a far more difficult task for me, although knowing what I know now I made it a lot more difficult than it was. Once I found the right direction and tools during my last treatment program, I found the right approach to moving forward and letting my past stay in the past.

Now that I have some separation from my addiction, I’ve gained a lot of perspective on how I was able to move forward and stop obsessing over the damage I did to myself and others through addiction. It began when I found the willingness to be all-in on changing my life. Once my mindset began to be about doing the things necessary to protect myself from reverting to a life as an addict, I began focusing on making the decisions that I knew were the right thing for me to do. I’ve always known right from wrong, and I’ve always known whether a decision had the potential to be harmful or not. My problem wasn’t in knowing if what I was doing was right or wrong, my problem was not caring. If what I needed to do and what I wanted to do in a situation didn’t line up in the past, 99% of the time I chose to do what I wanted to do regardless of the implications or consequences. When I changed my mindset to making good decisions and began making the choices that were right regardless of which one felt more tempting at the time, life got a whole lot easier and far less stressful while living without drugs and alcohol.

“The haunted feeling of my life as an addict was replaced by the peace that came with living a life that I could be proud of by doing the right thing and making good decisions for myself and the people I love and care about.”

As the good decisions began to build one upon another and those became the norm rather than the exception, when what I needed to do and what I wanted to do firmly started lining up for me, I no longer wrestled with myself on making the right choices. I simply made good decisions because that’s what I wanted to do. As this happened, I simultaneously became less engrossed with my past, my failures, and my mistakes. The haunted feeling of my life as an addict was replaced by the peace that came with living a life that I could be proud of by doing the right thing and making good decisions for myself and the people I love and care about. That’s how I moved forward, that’s how I became the person I am today, and that is how I freed myself not only from addiction but from the shackles of my past. If you or anyone you know is seeking help, please reach out.

For 2020 and Beyond, Be the Only Resolution that Matters

The New Year is quickly approaching, and with it comes the start of a whole new decade. I began thinking about my resolutions this year. Diet and exercise are towards the top of the list this year. Continuing to expand on improving my relationships with my parents and siblings are important to me. 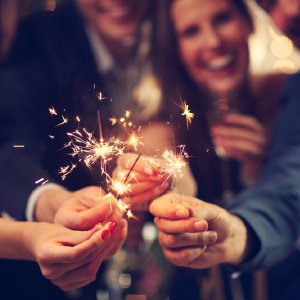