Back from the Dead and
Almost A Year Clean!

“A mental state of panic was how I felt. I never would have thought that one hit off a joint when I was 13 would have led to laying on a bathroom floor, praying for something, anything to put me out of my misery. I didn’t smile or laugh and when you’ve gotten to the point in your life where you’re picking songs you want to be played at your funeral, there’s a serious problem. A problem that I was convinced I couldn’t break free from. I had been to out-patient programs over the last 10 years and, to sum it up, they were a waste of time. I had tried going to medical detoxes and all they did for me was dope me up on high amounts of other drugs. I would just roam around the facility like a zombie. After 5 days, the doctors took the drugs away and on day 7 I would be released back into the world, going through full-blown withdrawals and now with newly diagnosed mental disorders. This made me believe that I was screwed up for life.

“I attended AA and NA meetings. I remember sitting with other people and introducing myself as an addict or alcoholic and having a “disease” that had no cure. All this did for me, once again, was convince myself even more that I was cursed with something I had no control over. I was clean for 26 months through NA, AA and Drug Court, but I wasn’t happy. I fought hard every day not to use. I wondered why after 24 months of clean time I was still being haunted by awful cravings and drug dreams. I felt trapped.

“I had given up on the idea of rehab and meetings because it hadn’t ever helped me or my condition. The day I was released from Drug Court, I left the court house and met my dealer across the street. A lot of people asked me why I did that and it’s pretty simple if you know where I’m coming from. Why be clean if you’re miserable inside? That was my mindset. Five years went by and that’s when I thought I was truly incurable and broken. I had hurt everyone in my path including myself and my family, who loved me unconditionally. I felt like a lost cause. My purpose for waking up every morning was to meet my dope dealer and get through the day.

“In October of 2015, I was homeless, scraping money together for a small meal or to just eat enough to coat my stomach so I didn’t feel nauseous from the drugs. I was so tired. I can’t even put into words how exhausted I felt. I was tired of being a drug addict, tired of lying and stealing, running from the police, treating my body like a pin cushion and convincing doctors to give me anything they could to make me feel “normal.” I had exhausted everything in my life and I was trapped. I knew I was going to die as an addict and had accepted that fact.

“By December of 2015, I rarely spoke to my family and would only check in every once in a while to tell them I was still alive and not in jail. I had no desire to celebrate the holidays with them. Why would I want to let anyone see me in this shape? I didn’t, and that’s when I had made up my mind that I would just shoot up as big of a shot as I could and hope it would take me out. I wasn’t even getting high anymore. I was angry at life and I hated myself.

“A few weeks before Christmas I got a call from my Aunt. She said she had a gift for me. I was hoping it was money, so I went to see her. When I got to her house, she asked me if I would like to go get help in Clearwater, FL at a place called Narconon Suncoast. This was my only chance and I knew I had to take it. Deep down, for many years, I was screaming and crying for help and here it was. This was my last shot. I could either continue the same lifestyle and miserable existence I was living in or finally get the help I so desperately needed. I didn’t have any expectations of the program or if it would help me. I just hoped it would, but I knew I had to get out of the small town in Kentucky where I lived and do this no matter what.

“Here I am now, almost a year clean and most importantly, I’m happy! I found myself again by going through the Narconon program. I had only dreamed that I would feel life pumping through my veins again. I finally made my family proud and they are able to rest peacefully at night, not having to worry if their baby girl had died in a car wreck, overdosed, was murdered or if they’d never see her again. One thing I can say is to be able to wake up every morning and be free, truly free, made my decision the best decision I’ve ever made in my life. To be able to confront life and handle it like a woman should, gives me confidence that I never had before.

“I decided to stay and work at Narconon Suncoast. There’s nothing more rewarding to me than to help others to get better and succeed. I’m training to become a Withdrawal Specialist and helping people to get through the tough, first step in treatment. Narconon Suncoast has given me the gift of life back and I am forever grateful and I work hard every day to help others, as others helped me.”

3 Ways YOU Can Save a Life During the Opiate Crisis

3 Ways YOU Can Save a Life During the Opiate Crisis With no end in sight to the opiate crisis in this country, we, as a society, need to be causative over the situation. We cannot lay back and expect our government, leaders, or physicians to solve the problem for us. 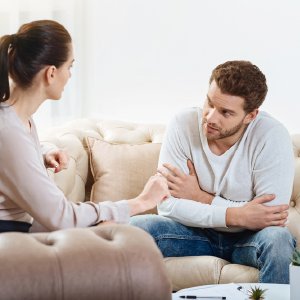 The Power of an Intervention

Interventions can honestly be the difference between life and death for a drug addict or an alcoholic. Not every person in need of rehab is going to initially jump at the chance to get clean and handle the issues that drove their addiction. 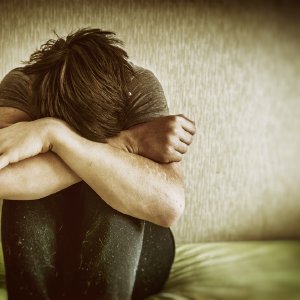