When I reflect on my life as an addict, now from the perspective of a man who has left that lifestyle behind, it’s eye-opening to see just how much I failed to control any aspect of my life while using and abusing drugs and alcohol. While attempting to have my drug of the day always in front of me, something that was also a constant struggle, I ceased to care about anything else that truly mattered. To say my life had spiraled out of control would not only be accurate, but it would also be an understatement.

I’ll start with relationships. At the core of any good relationship is a connection, a bond that is formed and maintained. If the ability to have control in a relationship is simply being present, showing respect and kindness, and being a positive influence for the person you care about, I failed miserably as an addict. I routinely disappointed the people I loved and cared about with my isolation. I was rarely kind or respectful, and I lied and manipulated constantly. As for being a positive influence on their life? Quite the opposite. My parents were in constant fear for my life, and I was confrontational with girlfriends to the point that my relationships were far more stressful than anything resembling love. When it came to my siblings, my words often cut like a knife. Growing up with me and knowing me my whole life, they were the ones who had the least hesitation to confront me on the way I was living. In turn, I knew how to tear them down as well, and as an addict, I was always pointing the finger rather than looking in the mirror.

As far as controlling myself, my actions, I can’t tell you how many times I woke up in a fog horrified at what I had done the day and night before either under the influence or in the pursuit to be, only to do it all over again. As for work, if I had a meeting scheduled, I wasn’t going until I got my drugs. I was routinely late to everything, cycling through excuse after excuse, lie after lie, never being dependable or trustworthy. As for controlling my health, it wasn’t even an afterthought because to have an afterthought, you must have at least thought of it. I didn’t much care about my well-being. Considering drugs are not only harmful to the body but also disrupt healthy sleep as well as appetite, it’s no surprise addicts rarely look like a beacon of health, and I was no exception.

But enough about my lack of control as an addict, because this message is about taking back control. That’s essentially what I did when I decided to get help and change my life. It didn’t happen overnight, and I couldn’t speak it into existence, despite living that fantasy for far too many years. As I said at the beginning, I had to put in the work, make some sacrifices, and commit to changes that were going to be beneficial to me and my pursuit to start living the right way. As my health improved and the fog dissipated, I began doing just that and focusing on making decisions that were best for my life. Making good decisions didn’t come easy at first, I had to break some bad habits. But as the good decisions began to pile up, they also became habit-forming. This led to my relationships improving because I no longer used words as a way of repairing the damages caused but instead let my actions speak for themselves.

Just as addiction created a domino effect to losing control in all aspects of my life, my commitment to change and becoming the person I knew I was meant to be led to me gaining control in all of the attainable ways. I can’t overstate the peace about me that I feel today, knowing that I am in control of my actions and have found pride instead of despair and disappointment in the captain that is steering the ship. There is an endless list of excuses that can be made for an addict to keep living the way they are living. There is one reason for change that will trump them all. Take back control of your life and start living, truly living, again. If you or anyone you know is seeking help, please reach out.

I remember before I tried heroin, I asked someone what it was like. They said “it’s like a nice warm/numb feeling, it’s the best feeling ever, I don’t know how to explain it really” and they were right, but now if someone were to ever ask me what it’s like, I would tell them… 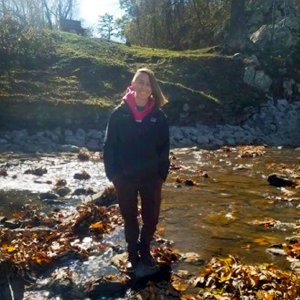 Counseling While Keeping My Addiction Secret

Here is a great perspective from one of our staff members here at Narconon Suncoast on his experiences with drug counseling and why seeking treatment ended up being the best solution for him in the end. 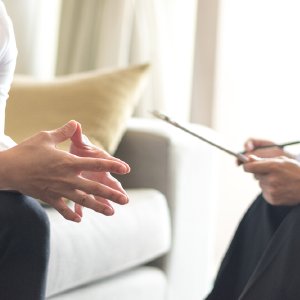