The Epidemic of Fear

Today there is an epidemic sweeping across our nation. It is not a communicable, incurable disease, but the end result is just as deadly. Its symptoms are addiction and depression; however the problem isn’t the drugs or pathological sadness. The epidemic is based in fear. Our inability to confront our problems and take responsibility for our own lives will inevitably lead to a life that is unfulfilling and no amount of self-medicating, doctors, psychiatry, or therapy will fill the void. If you hear any truth in what I have said so far, then allow me to tell you my story, so you too can find your own solutions. If I can do it, so can you!

When I was in grade school I was bullied; tormented on a regular basis. I didn’t stand up for myself and as a result, the torture continued through 7th grade. I became afflicted with a “victim” mentality that permeated through to every aspect of my life. In spite of my tall stature, I allowed myself to believe that I was powerless, weak and insignificant. I would avoid my bullies at all costs, so I wouldn’t have to confront my problems. The evasion tactics worked in the short term, but the older I got, the more severe the altercations became. Finally, I begged my parents to allow me to transfer to a different school district so I wouldn’t be subjected to this incessant abuse any longer. The bullies changed and the bullying continued.

I couldn’t understand why I was singled out among my peers. I just wanted to be accepted. What did I do to deserve this treatment? Instead of frustrating myself with rhetorical questions that seemed to have no solution, I turned to substances, which in the short term, made me feel better.

After school, it was television and food—junk food—filling the void and providing the escape and comfort that helped me cope with reality. My reality began to become these distractions, leading to obesity and depression. My sedentary lifestyle caused the pounds to pile on, molding me into a bigger, softer target. If I knew then what I know now, I would have dealt with the situation I’d created for myself in a completely different way; but as the cliché goes: “Hindsight is 20/20.”

By the time I realized it, it was almost too late. I had given up on living. If I wasn’t such a coward I may have contemplated suicide. I overdosed three times and each time modern medicine revived me. I asked God, “Why did I have to come back?” I’d become a liability to myself, my family, my boyfriend, and society at large. I just wanted to end it all… I couldn’t understand why I was forced to go on living when I had lost the will to live.

The answer I failed to notice at the time was that other people loved me when I didn’t love myself. My boyfriend called my mother, and told her that he couldn’t stand the thought of finding me dead on the floor, bleeding from my arm where I’d injected heroin/fentanyl. He told her he was scared and didn’t know what to do, but he was sure I needed help and positive I couldn’t do it on my own. He then told her that he’d been surreptitiously searching for a place that might be able to help me. The place was called Narconon Suncoast which was in Clearwater, FL. Looking back now, that one Google search saved my life.

When I arrived at Narconon Suncoast, I was hopeless and scared… not of dying though… I was scared of living. After going through the extensive program—Drug-free Withdrawal, New Life Detoxification, Objectives and Life Skills Courses—I was able to not only get off drugs, but learn to actually confront my problems. This has enabled me to begin living a happier life without the use of drugs. Honestly, I can’t remember feeling this good ever when I was on drugs.

I learned many things during my stay, but one of the most important and life changing was the fact that I had become disoriented—not in the normal sense, but in the way I viewed myself in relation with my environment. I was no longer the center of my universe. This is an orientation that stuck with me for many years. I was always orbiting some panacea of instant gratification. When I tried something I liked, that became the new center of my universe.

First it was food and TV, and ultimately it became sex and drugs. I’d become more and more selfish, yet ironically less and less self-centered. The two terms are not synonymous. Selfishness, defined in the dictionary, is the state of being wholly concerned with one’s own interests and/or acts from the consideration of what will give them the most pleasure; and is usually accompanied by a disregard for others. Self-centeredness, however, in this context means to be concerned about self—fixed independently. After realizing this profound yet subtle difference thanks to my training at Narconon, I began to change the way I view the world. Before treatment, I was the effect of the consequences of my own paradigm. Now, I no longer see myself as a victim of life or circumstances. This was an Earth-shattering moment.

I have written this story in the hopes that others who find themselves in a similar situation may now realize there is hope. No matter what obstacles we are facing, or how insurmountable our struggles may seem, we can defeat them; only if we choose to confront our fears. We cannot and we must not allow ourselves to believe we are victims. We deserve to be happy without the need for some substance to artificially and temporarily make us feel that way. Those who seek to rob us of our happiness are anti-social personalities who relish in the misery of others. To defeat these people and our fear, in general, we need to learn how to extricate them from our lives.

Don’t let your fears turn you into another statistic. I implore you; stand up for yourself and take responsibility for your own life. Believe in yourself and see yourself as the beautiful person you’re intended to be—Drug Free! 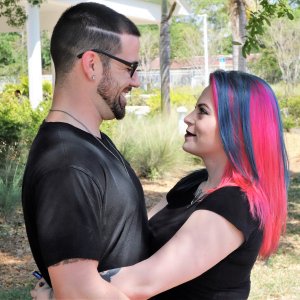 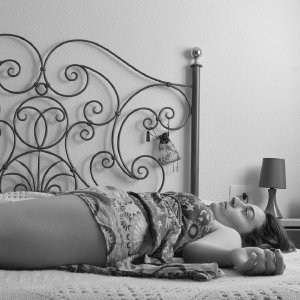