Perspective, Persuasion, and Saying No

Here is a great story from one of our recent graduates. She wrote this towards the end of her program when reflecting on a very impactful time in her life, one in which a simple choice based on persuasion led her back to a path of destruction:

Have you ever persuaded someone to drink after they initially said no? What was their reason for saying no? Did you even ask? Unfortunately, most of us have found ourselves on both sides of this persuasion. Our reasons for saying no could have been as simple as having to get up for work in the morning, or just not wanting to experience a hangover. Our reasons for persuading others could be simple too; “it’s my birthday,” or “we are celebrating!” But what happens when our reasoning becomes not-so-simple? What happens when the person saying no has too much at stake to say yes, and only the power to say no once?

I was one of these people, one with too much at stake and too little power, but no one knew it. I am not sure I even knew it. I was not proud of how far my dependence had gone. I did not talk about it much, and when I did, I did not go into detail. I was 8 months sober for the first time in two years. Two, long, grueling, years of heavy, habitual, binge drinking in Florida. I was 23 years old. For those of you who have never woken up day after day sick, shaking, and waiting hours for the liquor stores to open with your heart beating way too fast, 8 months may not sound like much. For me, it was everything. I felt strong again. I exercised and cooked every day. I could once again lay in the sun uninhibited by the sickness of withdrawal. I could sleep through the night and feel good in the morning. I felt normal. I’m 28 now, and those 8 months are the longest I have ever stayed sober, and the most normal I have felt in the better half of a decade.

“What happened to end that period of sobriety I had when I was 23 years old? In the summertime I went home to visit my family and friends in New Jersey. At this point in time my addiction was not as known as it is today. I was reunited with two of my favorite people in the world on my first night home, my brothers…”

What happened to end that period of sobriety I had when I was 23 years old? In the summertime, I went home to visit my family and friends in New Jersey. At this point in time, my addiction was not as known as it is today. I was reunited with two of my favorite people in the world on my first night home, my brothers. My brothers are fun, rowdy, and can be hard to say no to. I have always enjoyed my time with them and had been looking forward to being with them again for a year. I remember the anxiety that hit me when they started talking about pouring shots. I remember saying no to their offer, but also being unsure and half-wishing I had said yes. I remember looking down to see a shot in front of me as if I had not said no, even though I was sure I did. Now suddenly, I was panicked. “Don’t do it,” I told myself, but as they raised their glasses to my homecoming in cheers, my stomach clenched, and I felt hollow like I did through withdrawal. No one there knew the panic I felt inside, the inner conflict, or the that I was suddenly sweating. I felt an urge for the nerves to go away. I wanted to go back to the way I felt before the shot was poured. But I also wanted to pretend I did not have a problem and to drink normally with my brothers. I wanted to believe that I could, and I did not want anyone, including myself, to think otherwise.

I picked up the shot, cheered with them, and drank it. I immediately felt guilt, followed by the warm resolve of the alcohol rushing over my nerves. It felt terrible, calming, and familiar all at once, and in seconds we toasted another round. We drank together all night, and I alone drank as much as if I had never taken those 8 months off from my addiction. When I woke up the next day my body ached in pain and my stomach rejected anything I attempted to ingest. I cared less about my sobriety than ever before. I was desperate to escape my hangover, my guilt, and my disappointment in myself. I did not realize it then, but those feeling I had were also coupled and amplified by fear. I did not want that sickness to be my life again. I did not want to confront what I had done to myself or why. I ran from my emotions as quickly as I could, and the way I did that was through the outlet I had more experience with than sobriety.

I drank. I drank to kill my hangover, to escape my guilt, and to quiet my fears. No one knew all the reasons I needed to escape my hangover. It was not so much the physical pain of the hangover I was easing; it was the pain I had caused in my mind that I refused to let myself feel. No one knew. They had heard me say “no,” but I let my own shame hide my reasons and fears. This event started my next battle with alcohol, which I have been barely surviving through for the last 5 years. I wonder sometimes why I did not keep saying “no” that night, and why I did not tell myself “no” the next morning. As I write this in the last stage of my program at Narconon Suncoast, I wonder how my life would be different today if my first initial “no” would have been enough. I do not blame my brothers; they did not know. So rarely are we ever aware of someone’s reasons for saying “no.”

Now, I start a new chapter of my life. Soon I will be leaving the facility that has given me my “normal” back and returning to my daily life. I have learned more than I can put into words here, and once again I feel that strength inside that I have been chasing after for years. There is strength in my words now and that power is backed by positive determination. I am not afraid to be put in this situation again because I know that what Narconon has given me, among many other things, is my voice back. I will say “no” this time, again and again, before I ever think about saying “yes”. However, I will not forget the time my voice was lost and my hope is that anyone reading this will recognize those people that have not yet found their own, and listen to them when they say “no.”

An Army Veteran who Accepted Help, A Future Now Filled with Promise and Without Guilt

For several years prior to coming to Narconon Suncoast, I have lived the life of a somewhat functioning alcohol abuser . Generally, I maintained a professional career position and a mostly secluded personal life. 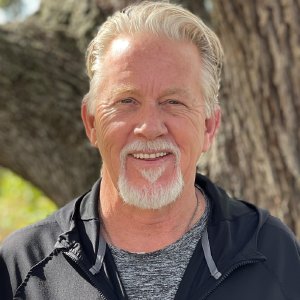 The Unfamiliar Feeling of Excitement, Change, and a Bright Future

Today I have reached the end of my program. Soon I will be leaving Narconon and returning to the life that I have for so long taken for granted and so many times attempted to destroy. 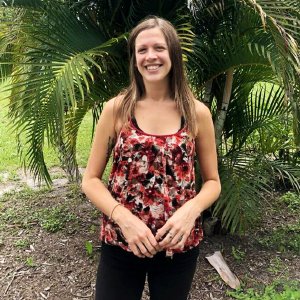