Oregon Votes to Decriminalize Drugs Such as Heroin, Cocaine, and Meth With Addiction Treatment Initiative-Right Move?

Oregon became the first state to decriminalize illegal street drugs such as heroin, methamphetamine, and cocaine when they voted in favor of Measure 110 by a 55.8% majority. (cnn.com) The penalties for possession of small amounts of these drugs will now carry something that more closely resembles a traffic citation than a criminal charge. Perhaps the most important piece of the legislature that has been absent from many of the headlines is not just the decriminalization of the drugs but the Addiction Treatment Initiative that goes with it. (ballotpedia.org) It is unquestionably a push back on the War on Drugs policies, which has led to an opioid epidemic the likes of which has never been seen before and a steady incline in overdose-related deaths over the decades since it was introduced. I do not think there is much room for debate that our country’s approach to handling addiction and punishing addicts has been failing for a long time. But does this decision by Oregon voters in decriminalizing drugs help the problem or will it escalate it? That all depends on where we go from here and how the accompanying Addiction Treatment Initiative is carried out, especially if more states follow suit.

I have long been a believer that slapping felony records on people struggling with addiction for simple possession has done nothing to solve the problem but instead has escalated the drug crisis by creating barriers for those trying to better themselves and clean up their lives. It is my firm belief that for a person to have the best possible chance to succeed in overcoming addiction, they must find a life beyond addiction, one in which they can succeed and prosper. Felony records hinder that prospect greatly, as the inability to find good work and careers with damaging backgrounds can easily dissuade a person looking for reasons to stay clean.

Then there is the debate on whether prison and jail reform are the proper way to rehabilitate a person suffering from addiction. When possession of the illicit drugs just decriminalized in Oregon carry automatic felonies, the natural result of that has been an overcrowding of jails and prisons for drug-related crimes. That is a lot of taxpayer money spent on jail and prison reform, something that clearly has not gotten the results the laws were designed to create. It is not a stretch to believe that decriminalizing these drugs will result in a lot of money being freed up for other ways of helping addicts. How we use that money would dictate whether decriminalizing will result in less people struggling who are unable to receive the proper treatment and care and with it cleaner and safer streets.

There are obviously risks involved in decriminalizing these drugs in our society and how that risk plays out will all depend on the steps taken afterward. I do not believe people who are addicted to substances such as heroin, cocaine, and meth, at least for the most part, desire to continue an existence that is often miserable and very dangerous. Many of them are simply stuck, often in and out of jail or prison, and without the resources needed to get the help they need. If more states are to follow suit and vote towards decriminalizing these drugs, there needs to be ample focus on the Treatment Initiative and helping addicts.

The last thing we want to do as a society is use the decriminalization of these drugs to promote the idea that these drugs are not bad. I have faith that we are smarter than that as a society, but that will all be determined by what happens next. If we use the resources that will come from no longer tirelessly prosecuting and locking up addicts who are simply not well and need help by redirecting our efforts into more drug education, better and longer treatment centers with more resources that do not need to depend on quick drug-replacement therapy, and instead focus on fully helping a person for as long as it takes to rid themselves of substance abuse, then this could be a turning point in our efforts to not only flatten the curve but send it back down to a much more manageable level.

I do not know how the state of Oregon plans to handle the aftermath and implications of these new laws and how the initiative to provide statewide addiction and recovery services will play out, but I do believe it will be critical in how our country moves forward in other states. If this has the desired outcome and begins to help our country’s drug problem, I see no reason to oppose what they have done and look towards a brighter future in helping people overcome drug addiction. If it is not done carefully and with the mindset of helping people rid themselves of these drugs and instead creates more opportunity for people to become addicted to these destructive substances, we will be staring at another long and dark road. I hope for our country’s sake and all the families for which addiction has hit home, that we tread carefully and move towards making this a positive for our society.

Recent headlines of massive border seizures regarding methamphetamine have been making the rounds lately, showing just how large of a demand there is for the drug in the United States and how the problem continues to annually escalate. 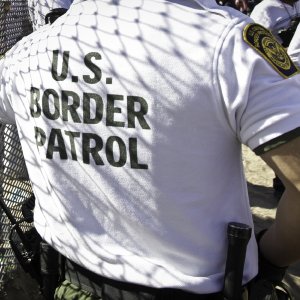 How I Changed My Life for Good

Having completed the Narconon Program, I feel great knowing I now have the patience needed in all aspects of my life. Having gained control back of my life, I can be confident in my environment. 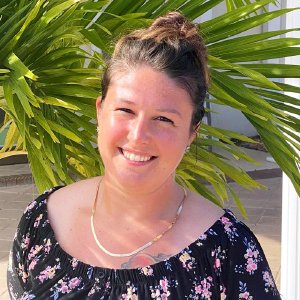