When living a life of addiction, an addict has a lot to be scared of. They have to guard themselves constantly from getting robbed by drug dealers and getting bad dope that could kill them. They have to work tirelessly to keep their families from finding out what’s really going on with them and, scariest of all, they have to be careful not to be caught by the police and get arrested.

Every day, countless addicts get arrested on possession and paraphernalia charges, theft, D.U.I, and the list goes on and on. After getting the book thrown at them in court, many addicts wind up in prison for extended periods of time to pay for the wrongs that likely would not have been committed if they hadn’t either been under the influence of or addicted to drugs and alcohol. The questions are:

Is incarceration a better solution than rehabilitation?

The answer to those questions is a resounding “no.” Incarceration is not a good solution for addiction. While to some, locking an addict up and “throwing away the key” is a good idea, it really doesn’t do anything to handle an addiction. When an addict gets locked up, they have three options:

Anyone who thinks that addicts can’t get high in jail or prison is completely misinformed. Drugs are constantly brought into correctional institutions by people during visitations and in some instances, even by the Correctional Officers themselves! Addicts frequently can get whatever their drug of choice was while incarcerated.

Over the last decade, almost no progress has been made to reduce the number of drug addicts from crowding the nation’s prisons. According the National Center on Addiction and Substance Abuse:

“Of the 2.3 million U.S. inmates, 1.5 million suffer from substance abuse addiction and another 458,000 inmates either had histories of substance abuse, were under the influence of alcohol or other drugs at the time of committing their crimes; committed their offenses to get money to buy drugs or were incarcerated for an alcohol or drug violation.”

Another report recently showed that only 11% of inmates who struggle with substance abuse problems receive any type of treatment while in prison. So, again, is incarceration a good solution for drug addiction? The answer is still obviously no!

Unless an addict is part of the lucky 11% of prisoners who receive drug treatment, chances are their addiction has been left completely unhandled. What this means is the addict will eventually get released from prison only to use drugs again, commit more crimes and wind up in prison, yet again. It’s a sick cycle that constantly repeats itself over and over again, accomplishing nothing more than causing the addict to needlessly suffer and become a hardened criminal behind bars.

What if our society offered drug rehabilitation instead of locking addicts up like animals and perpetuating their addictions? It would empty out a lot of the nation’s prisons, seeing that a large population of inmates suffer from substance abuse. If our society made the right treatment available to criminals, recidivism may come down to an all-time low. We would actually be making criminals better, not worse, and reducing crime in a major way. By getting their addictions fully handled and once again turning them into positive, constructive people, we are doing society a BIG favor.

Let’s face it, drugs are everywhere . A person trying to get clean from a lifestyle of drug addiction has challenges around every corner. 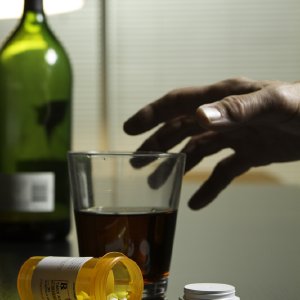 Before coming to Narconon Suncoast, my life completely revolved around drugs and alcohol . My addiction evolved from an after work activity to using just to get through work, to a full time job in of itself. I began taking pills to wake up and start drinking in the morning. 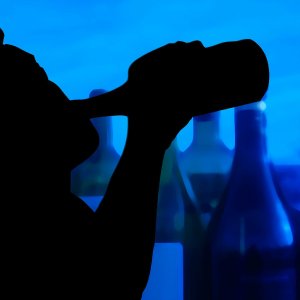