A lot of emphasis is put on the pain and anguish that both addicts and families often suffer when we discuss what addiction does to our society. Having lived through it, I know all about that as well as how easy it is on addicts and families to lose hope amid the struggle. While I understand that, I would like to focus on what life can be like once addiction has been overcome. I used to believe getting clean and living a life not addicted to substances would be a constant white-knuckle affair, much like the internal battle I had within myself while I was an addict. I simply could not contemplate life not being overly complicated, which is understandable given the state of mind I was in as an addict. I was engulfed in failure, disappointment, and broken relationships with the people I cared most about. I was ultimately proven wrong, as what I have found to be true is that once the work and commitment to a better life has been done, life became a breath of fresh air ripe with opportunity, excitement, and perhaps most of all, peacefulness.

I think where a lot of people initially get it wrong, myself included, is that the focus is so heavily directed towards substances and staying clean that people forget to work on creating a life that leaves addiction in the past. I am not talking about immediately finding wealth or landing the job of a lifetime or finding the love of your life, I am talking about a way of life. Carrying one’s self in a way that feels good and begins to replace the damaged persona that was so prevalent in addiction. There were behaviors that I exhibited during my addictions that were a direct result of my drug dependency. The lying, the manipulation, the lashing out. Once I realized I was living in a way that did not create reasons for me to lie, manipulate, or lash out at people, I began feeling good about myself again. People began respecting me and the person I had become, rather than looking down at me in judgment.

Speaking of respect, what about relationships with people? I am a big believer in our connections with people being a big part of our overall health and happiness. As human beings, we are driven by the connections we have with the people in our lives, the love we have for them and those relationships. One of the main reason’s addiction is so painful is because, in my experience, those connections and relationships that we care so deeply about become so damaged, even non-existent at times. Which is why creating healthy relationships and repairing those that were damaged is so incredibly rewarding after a drug-free life has been achieved. I did find that there were some relationships that were better left in the past and that is okay, but to those closest to me and those that never left my side even when I gave them every reason to wash their hands of me, the healing power of those relationships gives me an overwhelming sense of joy and peace today that cannot be fully explained. The new relationships in my life that began with the person I am today, the ones with my friends and co-workers, have helped me build a life that not only looks and feels vastly different than that of the life I had as an addict, but also something I would be unwilling to ever jeopardize.

In working towards overcoming my addiction, I found that every decision and action I took to support that goal organically began creating the life I never knew I could have. I worked hard and made sacrifices, yes, but what I was really doing was building a foundation, brick by brick, that would help me build a life that would be far superior to anything that resembled addiction. There was no white-knuckling sobriety, no internal struggle, I knew that what I was doing was getting results, even when they did not come overnight. So, I stayed at it, day by day, and eventually found the light at the end of the tunnel that I had so desperately sought for so many years. That light was life after addiction. A peaceful life, an honest life, a respectful life, a life I could share with the people I loved, a life worth living.

Addiction and Family Building a life after addiction
AUTHOR

With Rebuilt Confidence, I Have the Tools to Live Drug-Free!

In the past, I would think back and say, if I could go back in time, I would do this and that differently or I would not do that again. Thanks to Narconon, now I am thinking forward and telling myself I will never do drugs again. 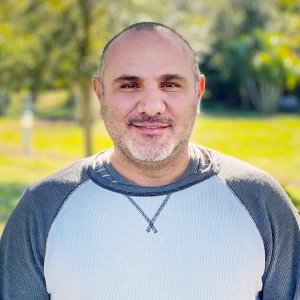 The Joys of Being a Sober Father

A successful Narconon Suncoast graduate shares his incredible experience of fatherhood since completing his program, and how amazing it is to be present and set the positive example for his daughter that he now can! 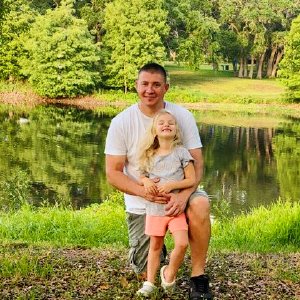