Recent headlines of massive border seizures regarding methamphetamine have been making the rounds lately, showing just how large of a demand there is for the drug in the United States and how the problem continues to annually escalate. According to recent reports, with months still left on the calendar, the amount of methamphetamine seized in 2020 during the Coronavirus pandemic has nearly doubled the amount seized in 2019. (foxnews.com) In early August, two massive shipments were stopped at the US/Mexican border resulting in a seizure of nearly $18 million worth of meth. (foxsanantonio.com) According to the acting director at this particular port Andrew Porter, “The upsurge of methamphetamine has become a serious international health and security threat.” I have no disagreement with that, but I do not think the problems starts at the border, it starts with what is creating all this demand in the first place.

“The upsurge of methamphetamine has become a serious international health and security threat.”

Obviously tightening border security regarding drug trafficking will always be a top priority for law enforcement, but I see a much deeper issue and problem at hand, and that is the meth addiction problem that has continued to quietly escalate in this country for years. For all the drugs that are seized at the border, it is easy to assume the amount that crosses through on its way into our communities and homes is exponentially higher. These drugs are being smuggled at a record pace for one reason and one reason only: demand. That demand comes from addicts whose addictions continue to go unhandled, punishing them for the problem rather than putting the attention where it is needed and helping those in need.

If the demand for the drug continues to go up, manufacturers and smugglers will continue to distribute the drug into our country and find new ways of safely getting it across. While seizures are good for the headlines and do prevent those particular drugs from getting out onto the streets, it is but a fraction of the overall product being produced and distributed into our homes and neighborhoods. When are we going to start designating a fraction of the resources and funding we pour into our prisons and borders into effective drug rehabilitation, treatment centers, and research into drug addiction that does not involve the tired old methods of using drugs to solve a drug problem and the bare minimum of time at these facilities?

It all comes down to supply and demand. Drug seizures and an emphasis on harsh punishments for drug-related offenses have done little to slow down the demand, and as long as the demand goes unchecked the people who create the supply will continue to do so no matter the risks. I thought about that number again, nearly $18 million worth of meth seized in one weekend at one spot, how many potential lives that truck could destroy, and then I thought about what we do not hear about and everything that does pour out onto our streets. I want it to stop, but the problem will never be solved until we come together as a society and redirect our efforts at helping the people these drugs are intended for and hit back, not with seizures and penalties, but with a deescalating drug problem in our country that makes the risks associated with smuggling drugs into our borders far less appealing or profitable.

Oregon Votes to Decriminalize Drugs Such as Heroin, Cocaine, and Meth With Addiction Treatment Initiative-Right Move?

Oregon became the first state to decriminalize illegal street drugs such as heroin, methamphetamine, and cocaine when they voted in favor of Measure 110 by a 55.8% majority. 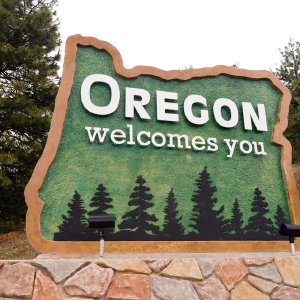 Alleged Drug Dealers in Florida Build Drive-thru at Mobile Home Of all the things that happen in this country, Florida seems to be a pro at creating the most troubling, strange, and interesting headlines. 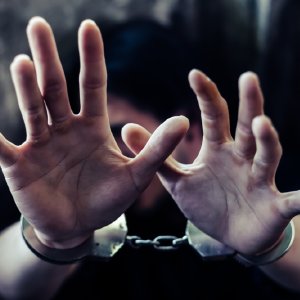