Well, New Jersey just set an overdose death record for the fourth year in a row.

Everything is “extra” in New Jersey, even their amount of overdose deaths caused by the usual suspect, fentanyl. Fentanyl showed up on the scene and starting wiping addicts out left and right and as the drug crisis in this country continued to worsen, the amount of fentanyl being found on city streets skyrocketed.

In 2013 the synthetic opioid was only found to be involved in 3.5% of the State’s fatal overdoses. Conversely, in 2017 fentanyl was found to have played a part in about 50% of drug deaths. Another staggering figure to come out of New Jersey is that in 2015 nearly 128,000 people in the state were addicted to heroin and over 10,000 have died as of last year.

The huge jump in fatal overdoses for the fourth year is, as imagined, being blamed on the prevalence of fentanyl and its other analogs in local drug supplies.

“Gov. (Phil) Murphy continues to be deeply troubled by the alarming number of families tragically affected by opioid-related deaths and recognizes that this epidemic continues to impact individuals struggling with addiction across New Jersey…”

Alexandra Altman, a spokesman for the governor of New Jersey said, “Gov. (Phil) Murphy continues to be deeply troubled by the alarming number of families tragically affected by opioid-related deaths and recognizes that this epidemic continues to impact individuals struggling with addiction across New Jersey. The administration is actively working to combat each facet of this complex crisis by pursuing collaborative and data-driven public health and criminal justice strategies.”

While at the beginning of the opioid crisis overdoses were more or less confined to specific areas of the state, currently 19 out of 21 counties in New Jersey have doubled their overdose death rate since 2012, which is insane and hard to even comprehend.

The opioid crisis continues to ravage the U.S., destroy families, and break more and more records as the years go on.

After all the hard work that’s been put into trying to handle the nation’s drug crisis, you’d think you’d hear more stories of overdose death rates dropping, Narcan being used less and less, and more hopeless addicts finding recovery. Instead, the news is filled with stories of mass overdoses, states breaking death toll records due to fentanyl, and more and more addicts winding up on Suboxone or methadone as a solution to their addiction.

The reality is, we haven’t made much progress overall. There are some areas of the country that have seen decreases here and there but the overall trend isn’t moving. At the very least it’s holding steady. The fact of the matter is, we haven’t decided as a society that making workable treatment solutions available to anyone who needs it is a top priority. If we had, there would be no addict ever turned away from the possibility of recovery because they have no insurance or well-off families.

Help needs to be attainable for anyone who wants it. Because the people who want it the most are the people that can’t have it. And that’s really sad. 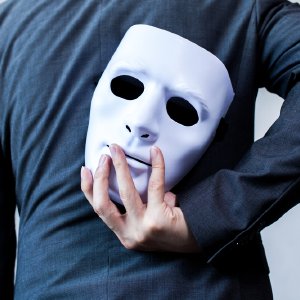 Vivitrol Is Not a Magic Cure-All for Opioid Addiction

I remember how excited I was when I first heard about Vivitrol—an opiate blocker that is only administered once a month and comes without the horrible withdrawal side effects that accompany Suboxone and Subutex when discontinued. I loved the idea.