I was sitting here thinking of another blog to write to keep you all informed about what’s going on out there. I feel that it’s so important for the public to have solid, reliable information as they venture out into the world because the world we currently live in is frightening.

Since I got clean years and years ago, the drug game has changed to where it’s unrecognizable from the way it used to be. It was scary enough to go venturing into ghettos and bad neighborhoods just to cop a few bags. Now, you never know if the heroin, coke, or meth you just bought might kill you. I used to worry about my drugs being so cut that it would do nothing for me, but today it’s the opposite. Drug users have to be careful of the drugs being too strong. That’s something we all oddly wished for back in the day.

Every week I write blogs about what’s going on out there and the sad thing is, almost every week it’s nearly the same stories. I was scrolling through Facebook today to see what some of the latest headlines were and it’s just all the same. Fake drugs killed a bunch of people in one town, while fentanyl killed a bunch of people in another. The latest finding on Big Pharma’s shady business practices found its way across the internet and shady doctors were put out of business.

That’s when it hit me. We (and I mean “we” by those of us who have dedicated our lives to defeating the drug problem) have put so much effort into handling the problem that the farthest we’ve gotten in dealing with it is where we’re at right now. Think about how much has been put into the fight to get us this far. That means that the estimation of effort needed to fully eradicate the drug issue is extremely high. We need to multiply our efforts tenfold to start budging it. It sort of feels like the David and Goliath story from the bible.

But, don’t forget, David won that fight against all odds.

We can win. We can beat this. Even though the opioid crisis and Big Pharma seem like an insurmountable foe, if we band together and rise up as a group, as a nation, as mankind as a whole, we have a fighting chance. It’s easy to think that you, an individual, can’t do anything about it and you know what, that might be true. But if most of us adopt that viewpoint we might as well throw in the towel now because then no one is going to stand up and fight. The fact is, if every individual feels empowered enough that they can do something about it, a group is formed. A group is something that is bigger than the individual but powered by multiple individuals. If this group gets large enough, there’s not much that can stop it.

Stop thinking there’s nothing you can do because there’s a whole lot that we can do. And we need to do it together.

All My Best,
Jason Good

Almost Everyone Knows Someone Who’s Addicted

I’ve said this repeatedly since the drug crisis started. While in my addiction, drug use wasn’t as wide spread as it is now. It was still one of those “not talked about” things that my family wanted to sweep under the carpet and prevent from being discovered as the embarrassment of having an addict in the family would be too much to bear. 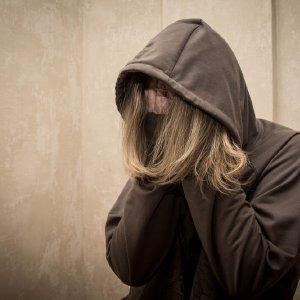