Fentanyl has been killing drug users for years. The drug is commonly mixed in with heroin to increase its potency and pressed into imposter pills to look like oxycodone, Vicodin, and even Xanax. Unbeknownst to the end user, they’re getting a killer dose of fentanyl. As years have gone on, fentanyl has made its way into the cocaine supply and the scary thing is, no one really knows why. It was pretty rare to ever hear about mass cocaine overdose casualties but today, it’s more common than ever. And the kicker is that addicts aren’t dying from freak heart attacks or strokes, as cocaine is known to be able to cause. In recent deaths involving coke, users are testing positive for fentanyl as well. While there are some theories as to why this happening, the whole thing still remains somewhat of a mystery.

Since 2012, overdose deaths involving cocaine have shot up from 4400 to almost 10,400 in 2016. It’s scary not only because fentanyl is still on the scene, killing thousands every year, but drugs once thought immune to the detrimental effects of fentanyl are no longer safe. The curious question is, why is this happening? Keith Humphreys, a drug policy expert at Stanford University said, “None of us really knows what’s going on. I can tell you my guesses, but I’m pretty sure no one really, honestly knows what’s going on.”

And that’s just it. Even the experts don’t know for sure why this is happening, although some ideas have been kicked around as to what exactly is going on. The first theory is that drug addicts are purposely mixing cocaine and fentanyl in order to “speedball,” getting the high from cocaine and downer effect of the opiates, all at the same time. It’s dangerous, for sure, and has even resulted in the deaths of many beloved celebrities, but addicts suppress their fears in the name of a good high. Speedballing has been around for decades and probably isn’t going to stop anytime soon and it’s actually a very sought after high by many addicts. Another thought is that dealers are purposely cutting cocaine with fentanyl to increase its addictiveness and potency. The idea would to not only make the cocaine more addictive, but to slowly turn cocaine users into opioid addicts, “inadvertently.” As sketchy as that sounds, another plausible explanation is that cocaine is being accidentally mixed with cocaine. Dealers may not be the most careful type, or they might just not care. But since they might traffic multiple kilos of drugs, things might get mixed up and cross contaminated, but I think this possibility is highly unlikely. The last plausible explanation of the spike in fentanyl-involved cocaine deaths is that data collection is better today than it has ever been in the past. Perhaps with better tools and toxicology tests, we’re actually not necessarily seeing a rise in cocaine-related deaths involving opioids, but we’re detecting it better and more frequently. Maybe this has been happening for a while and we were just blissfully unaware of what was going on. Possible, yes, probable, perhaps not but it’s not outside the realm of possibility.

Any way you look at it, we have a HUGE drug problem right now and no drug is safe from the effects of fentanyl. Cocaine is killing people left and right and no one knows exactly why. And THAT is frightening. It’s “buyer beware” and maybe you should think twice about picking up that next 8-ball. It might be your last.

Why America’s cocaine problem is now a fentanyl problem too

Cocaine Involved Opioid Overdoses on the Rise in Massachusetts

The drug epidemic is ever-changing. It morphs and evolves and instead of getting better or loosening its grip on our society, it’s getting worse as time goes on. 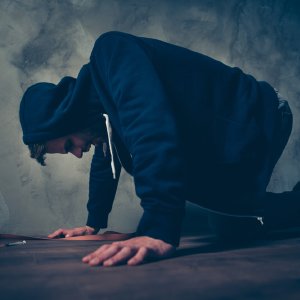