Cocaine Involved Opioid Overdoses on the Rise in Massachusetts

The drug epidemic is ever-changing. It morphs and evolves and instead of getting better or loosening its grip on our society, it’s getting worse as time goes on. When the opioid epidemic was in its infancy, so to speak, and fentanyl began getting mixed into the heroin supply, the drug game changed completely. Instead of addicts fearing their drugs were too cut, thus reducing their potency, the opposite occurred. Addicts had to fear the unknown strength of what they just copped at the corner and oftentimes, it proved to be way too powerful. Addicts started overdosing left and right and families were burying their children almost every day. Parents had to fear the once unthinkable; their child dying of a drug overdose. And now we’ve become a country where your “every day Joe” carries Narcan just in case someone falls out at a mall or grocery store. As the drug problem loomed in shadows it began changing itself when we least expected it, and now another change has happened, and the news is pretty grim.

When opioid overdoses started becoming a regular, daily occurrence, those who didn’t use opioids figured themselves to be on the safer side of things, since fentanyl was only being mixed into heroin. Cocaine and meth addicts felt in the clear, since their drug of choice wasn’t so notorious for causing mass-casualty overdose events. And it’s those very people who are no longer safe from the effects of fentanyl. Most cocaine users used to fear getting ripped off and buying a bag mostly full of baking soda or other “cut.” It never used to be a worry that you would get coke that was so strong that it would kill you. Presently, cocaine overdoses are on the rise and it’s not because it’s ultra-strong coke, but rather fentanyl is making its way into the cocaine supply and distributed widely. According to a recent report by the Department of Public Health, the beginning of this year was marked by yet another increase in cocaine-involved opioid deaths, rising above those caused by heroin. The problem is getting so severe that the state re-issued a warning to healthcare providers, asking them to educate their public on the situation of fentanyl being mixed with cocaine in the area. The Bay State isn’t the only part of the country dealing with this issue and is actually following a national trend, which is frightening, to say the least.

This drug epidemic often goes from bad to worse and this situation is no exception. Every time it seems as though we might get things turned around, more bad news comes out of nowhere. No drug is safe from the presence of fentanyl at the moment. Every drug user or family of a drug user has to completely and utterly understand that fact. Fentanyl is finding its way into almost every street drug possible and no addict is safe or immune to its effects. If you someone you care about is struggling, now is the time to act. Not tomorrow, not in a few days, not next week, NOW!

Fentanyl has been killing drug users for years. The drug is commonly mixed in with heroin to increase its potency and pressed into imposter pills to look like oxycodone, Vicodin, and even Xanax. 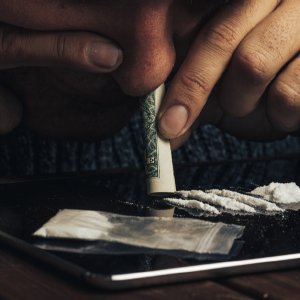