A Pulled Tooth and a Bottle of Pills

General practitioners, Internal Medicine doctors, and Pain Management physicians are generally the “usual suspects” when it comes to over-prescription of opiate painkillers. Although true, they are not the only medical professionals who give out pain pills like candy. Dentists are now in the limelight as part of the opiate problem these days. At one point or another, everyone goes to the dentist. Whether it’s for a routine cleaning, cavity filling, or a wisdom tooth extraction, many people leave their dentist office with a prescription for Vicodin or Percocet, not knowing the Pandora’s Box that can be opened along with that pill bottle.

In the last 15 years, more than 165,000 people died as a result of opiate-related overdoses. While a lot of people who take opiates never form an addiction or a dependency on them, many do. The huge surge in overdoses and addictions is this country is directly related to the reckless prescribing practices of doctors and dentists who give out strong drugs in mass quantities and frequencies. A study conducted in 2011 found that dentists are responsible for 12% of scripts for immediate-release painkillers, according to the Journal of the American Dental Association.

A veteran dentist, Dr. Joel Funari, said that when he started out in dentistry 30 years ago, it was “normal” to give a prescription for 30 or more pain killers after routine procedures, such as pulling a tooth. In retrospect, Dr. Funari now considers that excessive.

“Dentists don’t like to see patients in pain. We tend to be compassionate people and I think we were falling into a trap we were creating ourselves,” said Dr. Funari.

What dentists now admit is that typical, non-steroidal anti-inflammatory drugs like Ibuprofen and Aleve, when used correctly, can be more effective in treating pain than narcotics. NSAID (non-steroidal anti-inflammatory) drugs work by reducing inflammation, thereby decreasing pain associated with dental work. So why do most people dismiss the efficacy of these drugs for treating pain?

A common thought is “if they’re available over-the-counter then they’re not strong enough“ which is obviously false. So why prescribe copious amounts of narcotic pain medication when non-narcotic drugs work just as well?

The answer is obvious… dentists need to reform, be taught more modest prescribing practices, and be conscious about the dangers of opiate medications and the existence of addiction. It has to be a 2-way street. The fact of the matter is that if a person has major oral surgery, the dentist will offer narcotics and it’s up to the patient to the tell the dentist “no” if they have a predisposition to opiate addiction. A once sobered up person can pull the proverbial scaffolding down on top of them if they are not honest with their dentist telling him about their past addiction(s).

Along with being careful about whom they prescribe drugs to, dentists need to be trained on addiction, understand the signs and symptoms, and know what to do to help a patient who may be abusing opiates. By doing so, new addictions can be prevented, old addictions can be left in the past and we can finally make a dent in the opiate crisis and start taking control of this thing once and for all.

Do Drugs Help With Creativity?

Throughout the decades, creativity, music and drugs have gone hand-in-hand. Rock musicians and artists have long proclaimed the benefits of drugs, saying that they give them the inspiration they need to create their art. 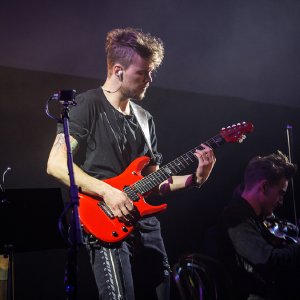 It wasn’t until I failed rehab for the 6th time, that my parents came to the realization either rehab didn’t work or I just had no desire to get clean. 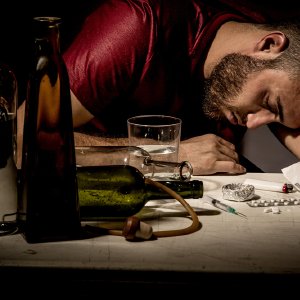