Do Drugs Help With Creativity?

Throughout the decades, creativity, music and drugs have gone hand-in-hand. Rock musicians and artists have long proclaimed the benefits of drugs, saying that they give them the inspiration they need to create their art. Artists like Prince, Ozzy Ozborne, and members of The Rolling Stones, Aerosmith and Metallica have had infamous struggles with drug and alcohol addiction. With all of the negative side effects created by substance use, is using drugs really worth the trouble for these famous rockers? Do drugs really help in the creative process, or do they destroy it? When talking to a Narconon Suncoast staff member, this is what he had to say:

“First of all, I would like to define the word ‘creative.’

“The definition of ‘creative’ is:

‘having or showing imagination and artistic or intellectual inventiveness.’

“A word that sticks out to me in that definition is ‘intellectual,’ which is a person with ‘great mental ability.’ Being creative is a drive that comes from within; almost like a super power, it can make a person ‘superior.’ Since the beginning of time, men and women have been admired for their creativity and the influences it had on the world. Being creative is still a huge part of today’s society. From rap music to the Harry Potter stories, being creative can come in many different forms. Having a creative desire allows a person to dig deep within their soul for inspiration. The question remains, ‘do drugs help with that creativity or do they hinder it?’

“Throughout my life, I’ve been surrounded by music. My grandfather played in a successful band in Peru and has always encouraged the playing of music. He gave my brothers and I guitars, microphones, drums and recording equipment. When I was 12 years old, I used to sneak onto my brother’s drum set and bang on them. I’d play along to old punk bands I liked and felt like I found something that worked for me. One day, my brother came home early and caught me playing his drums and, instead of being mad at me, he was actually proud of me and gave me the drum set.

“Over the next few years, I developed relationships with other musicians and began creating bands. My bands and I played every day and we loved it. We were driven to create music. When I was about 15 years old, I started smoking weed. I remember the first song I heard while I was high, which was ‘Soul meets body’ by Death Cab for Cutie. I instantly fell in love with the combination of music and drugs and realized why so many musicians did drugs and drank alcohol. I was instantly hooked. I jumped on my drums and began playing away, happily high, not realizing what was to become of my future.

“For the next 5 years of my life, I never touched an instrument without being under the influence of something; usually ecstasy, cocaine, opiates and alcohol. The pills made me numb and gave me no doubt in what I was playing, the ecstasy helped me to put on a show, the alcohol brought out the ‘punk rocker’ within me and the weed convinced me that none of this was a problem.

“After many burnt bridges, ruined shows, broken relationships and tearing my family apart, I was broken with nothing to show for my musical talents. The drum set was gone, the band left me and the drugs had completely taken over. I literally had nothing to show for the last few years. I kept thinking of the 12-year old who said he was going to be a famous drummer one day, the next Keith Moon. I also thought about how drugs ruined those dreams. My life became solely centered around drugs and alcohol, dead-end jobs and failed purposes. I had found a new way to be creative; creative ways to scheme and scam everyone around me just so I could stay high. I was like Kurt Cobain on the verge of suicide, but without a legacy to leave behind on this Earth. It was time to get help.

“When I came to Narconon, I was lucky enough to still have an old guitar that was sitting in my closet and I brought it with me. The first thing I had to do was to detox my body of all the chemicals I put in it, but I had no drive to do anything. I fell into a depression and was stuck in my past, thinking of the times when I played shows and my life was totally focused on creating music. I tried to pick up my guitar and play, but it was rough on my fingers because they were no longer calloused and prepped to play. I was exhausted and didn’t even remember what I enjoyed about playing. It took a couple of weeks of doing the sauna detox to get back to being ‘normal.’ Finally, I felt good enough and was ready to give it another shot.

“I met another person while at Narconon who mentioned that he played guitar and really wanted to play again but didn’t have one he could play, so I told him he could borrow mine. I didn’t really care to play it anyway. It turned out that he was a really good guitar player and knew more about it than I did! I was too shy to try and play in front of him and always brushed it off, pretending playing guitar wasn’t my ‘thing.’ I eventually gave in and played. This guy saw my potential; my voice and style were my own and he saw the creativeness inside me.

“Somehow, we accumulated another guitar and started playing together. We were doing simple 90’s covers that motivated the style we would eventually create together. We were about to wrap one night and before I put the guitar away I started strumming one little riff. He heard it and asked ‘what is that?’ I told him that I just came up with it. I started singing along to it with whatever lyrics came to mind and he started playing along with me. We started writing down lyrics and eventually had a complete song. We didn’t plan this, it just happened. This was the first time in 7 years that I created something without the use of drugs and alcohol. It was the first time I created anything without snorting something or smoking something. It was just real life playing its role and me being able to use that as a motivating force to write and play music.

“Creativity never came from a drug; it came from within me. I have continued to write music without the use of drugs and, for once in my life, I’m extremely proud of myself. Even if I don’t make a name for myself, I still have creations of art that were motivated by my real-life struggles. Instead of running from my problems, I used them as tools to push me forward. Playing music, today, is never planned and I don’t need a substance and I don’t have to follow an image. I play today because I want to and my soul loves to create.”

A Pulled Tooth and a Bottle of Pills

General practitioners, Internal Medicine doctors, and Pain Management physicians are generally the “usual suspects” when it comes to over-prescription of opiate painkillers. 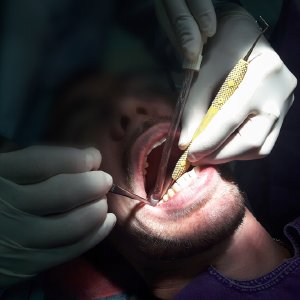 I Thought I Was Going to Die An Addict

Before I came to Narconon Suncoast , I was badly addicted to drugs and extremely suicidal. I lacked enthusiasm for anything, except for heroin and my cat. I constantly lied to my mother and refused to take responsibility for any aspect of my life. 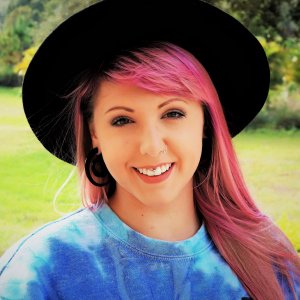