How Does a Child Become an Addict?

Addiction is a rough situation for any family to deal with. No family really knows what’s in store for them once they find out that their son or daughter is addicted to drugs. There becomes a lot of unknowns. You don’t know where they are at 2am and you don’t know if they actually still have their job. You don’t know if they’re cutting class and you don’t know how bad their addiction really is. But what you do know is that you non-stop worry about them. You question if you failed as a parent. And you question where everything went wrong. The thing is, there is a defined, distinct reason why your son or daughter is now all strung out on opioids or meth or both. And it’s not what you think it is.

Drugs are a solution to a problem. Some people use drugs once and put them down, but others, the ones who become addicted, have a different reaction to drugs. Where opioids might cause one person to become nauseous and tired, some people get an extreme euphoria from them. They feel as though they can do anything. They’re more productive at first, they feel better. Their low self-esteem might go away, and their anxiety might get momentarily put at bay. Their depression lifts. Basically, the drugs offer a solution to life problems that nothing else might have been able to handle. It’s that simple.

They might think, “man, I can’t live without this” or “where has this drug been my whole life? I could’ve always felt this way?” And that’s where the problem blossoms into an addiction. In order to keep feeling good, they keep using. After using for a while, they realize they can’t “just stop.” They might rationalize it, “I can stop whenever I want” or “at least I don’t use needles” in order to make the problem seem less severe, but it’s a life-threatening problem that needs to get handled before an inevitable overdose occurs. The thing is, the addict thinks that they’ve solved their problems by using, but they’ve actually compounded them tenfold. In order to get a person sober, they have to get to the WHY behind their addiction. If they were depressed, why? If they had anxiety, why? If they had low self-esteem, why? You need to figure out WHY they felt that way and how drugs offered a way out. Until you do that and until you get the addict to realize that their lives are much better sober rather than high up on drugs, they’ll never get clean.

You see, addiction isn’t the fault of the parents and it’s really not necessarily the fault of the addict. No addict tried drugs the first time realizing that they would destroy everything in order to keep getting their pills, heroin, or meth. Hindsight is 20/20 and most addicts, if they could go back in time, would never have tried drugs knowing what ended up happening as a result of their choice. Why is your child an addict? Because drugs solved a problem for them. The key is getting those underlying reasons solved in order to get them back on the path toward success.

why is your child an addict
AUTHOR

How Does a Child Become an Addict?

Addiction is a rough situation for any family to deal with. No family really knows what’s in store for them once they find out that their son or daughter is addicted to drugs. There becomes a lot of unknowns. 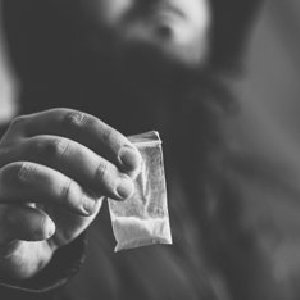