More people today are addicted to opiate painkillers than ever before in history. It’s hard to remember a time when people weren’t addicted to them; when our kids weren’t heroin addicts and syringes didn’t litter suburban streets. Times have certainly changed and it almost seems like the opiate problem wasn’t there one minute and then the next minute there were record numbers of overdoses, Methadone clinics were taking more people than they could handle and your everyday Joe had to learn how to use Narcan. This incredible rise of the opiate problem beckons many questions but one question stands out amongst the others and that is:

Why are so many people getting addicted to opiates?

Right now, the most current research states that 1 in 4 people who are prescribed opiates for long-term use get hooked and in 2012, doctors across the nation wrote a total of 259,000,000 prescriptions for opiate painkillers. Over the last 16 years, prescriptions for opiates quadrupled and with the increase of easily attainable drugs, so did overdoses. In 2016 alone, there was an estimated 65,000 fatal overdoses in the United States, which far surpasses peak numbers in gun homicides, fatal car accidents, and deaths due to HIV/AIDS. According to SAMHSA (Substance Abuse and Mental Health Services Administration), approximately 2 million people in the United States are addicted to opiates and strangely enough, most of these addicted individuals don’t get their drugs from a physician. Over half of them report getting their drugs from friends, family members or on the streets.

Addiction specialist Dr. Indra Cidambi said “In my experience, more often than not, young adults start using opiates as a recreational drug. They usually obtain pain pills from loved ones, sometimes by stealing.”

Drugs are a solution to a problem for the people that abuse them. The interesting thing is not every person who tries opiates gets addicted. A lot of people have adverse reactions to them and don’t like the way they make them feel. Some people experience nausea, vomiting, itching, insomnia and many other side-effects. But other people are different. There are others who get an extreme euphoria from them and the feeling they can deal with their mental and emotional pain better, they can deal with their physical discomforts, life becomes easier to deal with and they think they survive better overall while on the drug. While some people get sluggish, sleepy, or tired from opiates, others become full of energy. The bottom line is that the people who get addicted to opiates see these drugs as ways they can handle their life better overall. They continue using the drugs and eventually become physically addicted. They keep using because if they stopped using they get sick. After using a bit longer, a full-on addiction is created. The worst part is that these drugs are ultra-easy to get and are available almost everywhere; whether it be from a family member’s medicine cabinet, the family doctor or the elusive dealer.

The “perfect storm” occurred launching the opiate epidemic: doctors overprescribed opiates, so more people got exposed to the drugs. Copious amounts of unused medication sat in family’s medicine cabinets until curious hands got a hold of them. Those who liked the way the pills made them feel kept using until the pill supply ran low and to avoid being dope sick, they turned to heroin. So here we are in 2017 with a still-growing opiate crisis. Now more than ever, drug rehabilitation services are necessary tools to get addicted individuals the help they need to get their lives back and kick this epidemic once and for all.

opiate epidemic why are so many people addicted to opiates
AUTHOR

The FDA Wants Opana Pulled from the Market

Amidst the opiate crisis, there are some good news and good decisions that come down the line every so often. Lately, it’s been an uphill battle in regards to fighting the drug problem in this country. 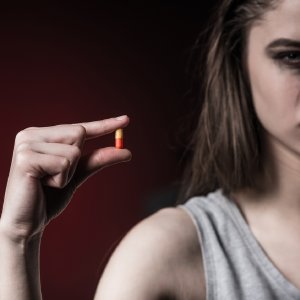 Finally, Some Good News on the Opiate Problem

These days, good news is hard to come by. Finally, there’s some good news to be told on the opiate problem. While many state’s opiate crisis is getting worse and worse each day with overdose statistics shooting through the roof, recently, a Massachusetts town is actually reporting a decrease in opiate overdoses!