A Tennessee Court recently ruled that a Big Pharma opioid distributor can be sued based on the Tennessee Drug Dealer Liability Act, overturning a previous ruling that had protected the company.

The reason for the ruling is simple and is a breath of fresh air when it comes to stories about these pharmaceutical giants. The court’s argument is that a drug company which seeks out suspect doctors and oversupplies an area for their own benefit is acting, essentially, as a drug dealer. These companies have been getting away with this for years by the fact they sell a product approved by the FDA while at the same time taking no responsibility for the opioid crisis that is killing people by the thousands. It’s not new for doctors with shady practices to be called drug dealers. They are the middleman between the consumer and pharmaceutical companies who pay these doctor’s to distribute their products.

If you’re reading this blog, chances are you already are aware that there is an opioid epidemic sweeping the nation and it is killing people by the thousands. While our lawmakers are busy worrying about the Juul problem, unsuspecting people who go to their trusted doctors for, let’s say, a pain in their neck are being prescribed heavy doses of oxycodone for pain management. The doctor probably knows there are all kinds of better alternatives for the pain, but if he sends the person to a chiropractor instead of giving him a script for whatever opiate is the flavor of the month the pharmaceuticals are oversupplying him with in exchange for a nice chunk of the profits, he doesn’t benefit from that. Believe it or not, a great many of addicts who end up shooting heroin have a story that starts like this, or they started with pills that came from somebody who has a such a story.

Which gets back to the court’s original point. If the manufacturer knows they are oversupplying an area to a doctor who is overprescribing these drugs for profit, said manufacturer is no different than the supplier to the drug dealer on the corner with the hottest new batch for the “try it” price.

This opioid crisis has become a crisis because there has been zero accountability afforded to the companies and people most directly responsible for it. We lock up the kids and addicts with devastating penalties and criminal records while we let the real drug dealers fill their coffers and get rich while people die.

As this thing continues to hit home more and more and as hopefully more attention is given to how dire this problem is in our country, then hopefully we will begin correcting the mistakes we made in getting to this point in the first place. Treatment and reform over jails, punishment and criminal records is a whole different topic that also must be addressed.

I hope this Tennessee Court ruling is a precedent that pushes things in the right direction and starts holding these giant corporations accountable by hitting them in the one place they do care about—their wallets. We are unquestionably a very long way away from this being a real threat to pharmaceutical giants who judge their quarterly statement by the billions. But just as this opioid epidemic started with them, any fight against the crisis has to start somewhere too.

I believe what we are seeing now are more and more people being directly affected by this, including lawmakers and judges, and becoming less and less sympathetic to the manufacturers supplying the drugs. It’s unfortunate that it has gotten this bad, but my hope is that this is the start of a long-overdue wake-up call.

If you or anyone you know is struggling and needs help, please reach out.

Lawsuits against Big Pharma Don’t Bring Our Loved Ones Back

Lately the national news has covered some major stories about lawsuits being forged against major pharmaceutical companies for the roles they played in creating today’s drug crisis. 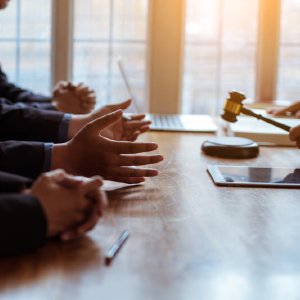