Finding a Belief in Yourself

There were so many things I knew I was down on as an addict. Down on my luck, down on my career, down on my relationships, down on life. More than anything, I was down on myself. I had lost all belief in my ability to do anything good with my life. That’s the kind of nasty trick addiction can play on people, believing they have nothing to offer, nowhere to go, nobody to talk to, nobody that believes in them, and no belief in themselves. It’s madness and in the end totally unfounded, yet that is what years of substance abuse can do to a person’s thoughts.

It’s easy to view life in a vacuum when we are down on ourselves, only seeing the negatives and refusing to let anything positive see the light of day. Those feelings are often amplified when a person is suffering from addiction. On the other hand, it’s also one of the best parts of recovery, discovering that those feelings are lies driven by drug dependency and that we are capable of so much more when given the opportunity to put substance abuse behind us.

When my mind was fogged by the constant abuse of drugs and alcohol I was my favorite punching bag. My head was a constant fury of insults; “you’re a failure, you’re a waste, you’ll never amount to anything, you’re such a loser” (one of my favorites back then). It makes sense why I would talk to myself this way. I wasn’t amounting to anything, I wasn’t happy with the way I was living, and I certainly wasn’t proud of myself. That wasn’t the problem, the problem was that I had no belief that I could be anything different than what I was, an addict wasting away his life. I stayed stuck in those thoughts and that lifestyle because that was all I believed I was good for, absolutely nothing of value.

As I mentioned before, those were lies I told myself to avoid what I knew to be true. I was so much more than the way I was living. Now years removed from a life as an addict, it has been a very long time since I had any thoughts that resemble the ways I used to view my life. It was very early on in my recovery that I started to believe in myself for the first time since becoming an addict. I started to see a life beyond my addiction, and I started to carve out a path for myself that involved hard work and a commitment to living as a better person.

“Everything changes in that moment, as it becomes less about what led them into treatment and more about moving forward and the exciting possibilities that now exist for their lives.”

That is perhaps my favorite part of seeing others start their recovery journeys. That spark that is unmistakable in a person when they start seeing that for themselves, the belief in what they can be and what they can do with their lives. Everything changes in that moment, as it becomes less about what led them into treatment and more about moving forward and the exciting possibilities that now exist for their lives. They realize they can be a better husband, wife, daughter, son, father, or mother. They realize they can be better at their jobs or find a new career path altogether. That belief in themselves brings about a confidence that had been dormant for far too long. That confidence brings about a peace that things are not only going to be ok, but things can also be great. Life can be great. That belief inspires the work and commitment it takes to live life differently and put addiction behind them.

Sometimes it requires just a willingness to accept help to find a place where a belief in yourself can be discovered. It isn’t always easy to see things differently until we start making changes that make that belief possible. What I can promise you is that believing in yourself is where it all begins and finding that belief can start right now.

All The Things an Addict gives up During Addiction

Addiction affected every aspect of my life, and there was nothing about my life that didn’t feel stained while I was using drugs. As an addict, I knew that I was consumed by using drugs, but it’s taken me getting clean to realize just how much I sacrificed to live a life I hated living. 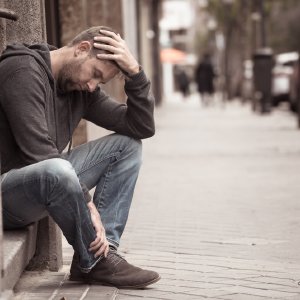