Can Social Media be a Platform for Change?

I was approaching my senior year in college when My Space became a thing and began to rule the internet. A few short years later and the social media boom was officially upon us. Facebook changed everything about our society and the generations to come. We can now stay connected with everybody that crosses our path on the timeline that is our life. Love it or hate it, social media is now ingrained in our society and is here to stay. It is also ever-evolving, with a seemingly new fad or app of the month everywhere you turn. From Instagram to Twitter to Snapchat to Tik-Tok and everything in between, there is something for everything and everybody.

Whether it’s silly, serious, moving, sad or funny, anything that is engaging enough can go viral on any of these different platforms. I was thinking about the phenomenon that is associated with the word viral, as a simple video, picture, or meme can spread like wildfire and be seen by millions of people within hours. That is the world we live in, and plenty of well-intentioned movements to raise awareness for a good cause have done their parts to make the world we live in a better place. I have seen attempts to raise awareness on addiction and hopefully, we are trending in the right direction in that regard, because there is perhaps no greater issue affecting our country that could use more awareness than addiction.

I hope we can convey a positive message. There is so much stigma that is associated with addicts and the behaviors created by drug abuse, and while some of it may be based on truth, that doesn’t mean we need to continually kick them while they are down. Social media can often be a breeding ground for nasty comments and bullying behavior, and for the addict that already feels alone in the world that can be the final straw for all hope lost. Instead, I hope we can change the narrative, encouraging these people to reach out for help and promote the message that they are not alone. If you are living in America in 2020, chances are you have been affected by addiction in one way or another. Whether struggling yourself, loving someone who is struggling, or knowing someone who has a loved one who is struggling, you have likely seen the pain this causes.

Social media is a platform unlike anything the world has ever seen, and I do see the potential to use this for good, especially when it comes to showing addicts there is a way out and that they can get better with the proper care, attention, and effort. Many addicts, as I did when I was struggling, get stuck in the belief that they will be like that for the rest of their lives and that is simply the way it is. This mindset is exactly what creates an attitude of utter defeat that we find so often in addicts. I want them to know that this isn’t true. I’m living proof, as are so many others who have been able to overcome their addictions and begin living their lives in a way in which they can feel genuine pride.

As the opioid epidemic, as well as meth and plenty of other drug addictions, continue to destroy lives and families across the country with rapidly increasing overdoses, we have an opportunity as a society to use our ever-increasing and far-reaching platform to start sending a message that doesn’t involve belittlement or finger-pointing, but instead offers encouragement and hope. We need to start sending the message of helping people who have become unable to help themselves, instead of kicking them to the curb. This isn’t a one-person job, it’s going to take a collective effort, and I can’t think of a better way to come together with a common goal than to use the social media platform we all have access to help save lives. If you or anyone you know is seeking help, please reach out.

One of the most frequent things I hear when I speak to families about getting their loved one help is “He/She’s not willing”. I understand this sentiment completely because for years I prolonged addiction with both a willingness that continued to destruct my life and an unwillingness that nearly killed me. It’s an interesting perspective when I hear the words ‘not willing’ because an addict is willing. 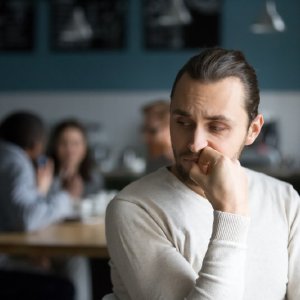 Where would the world be without Facebook? For years, the social media platform has been the place to go to catch up with friends and family, see what your ex is up to, find funny memes, and watch videos at work. 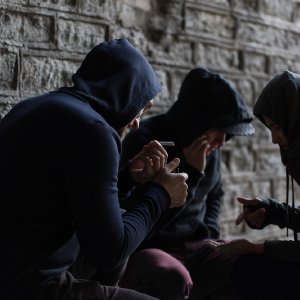