One of the most frequent things I hear when I speak to families about getting their loved one help is “He/She’s not willing.” I understand this sentiment completely because for years, I prolonged addiction with both a willingness that continued to destruct my life and an unwillingness that nearly killed me. It’s an interesting perspective when I hear the words “not willing” because an addict is willing. It’s the direction the willingness is pointed that needs to be corrected. Addicts often lack the needed perspective to see life on the other side of addiction, and that’s why help in finding the willingness is often needed.

There are lines that most of us think we will never cross in life. To say drug abuse blurs those lines is probably an understatement, as with the addict crawling out of their skin from painful withdrawals those lines will often cease to exist altogether in the endless pursuit of relief and comfort. The tunnel vision for the next high becomes so intense that compromising morals and values becomes the norm. As each line is crossed, they become more and more willing to cross the next one or continue crossing the lines they promised themselves they will never cross again. A willingness to do whatever it takes to get that next fix becomes habit-forming, and that only increases as each successful attempt to get high brings about apparent relief from the pain and suffering.

What I became willing to do as an addict to get high is truly shocking and revolting in retrospect, but at the time, it’s what I felt I was doing to survive. That’s completely non-sensical, as nothing could be worse for a person’s survival than feeding drug addiction, especially when considering the ever-increasing danger associated with drugs. But there I was. Willing to lie to the people who loved me enough to trust me almost unconditionally. Willing to manipulate my way out of any situation, even when it meant breaking the hearts of those same people. Willing to steal, even when it meant destroying relationships that had once been the foundations for my life. Willing to stick a needle in my arm, even though it was something I swore I would never do. Willing to cave myself off to the world, even though I always loved being around people. Willing to be sad for 99% of my day, just to feel good for that 1%. Willing to go to any length each day to continue a lifestyle that genuinely made me a miserable person.

“An addict’s unwillingness to seek help for themselves should not be mistaken for an inability to change.”

Which begs the question, how do we channel all that willingness out of an addict and redirect it towards getting help? This may feel like an impossible task, but that’s only because the drugs are running the show within an addict. Remove the drugs from the equation and in an environment where help is given, that willingness to change is often found. It’s found because being free from drug addiction, with the proper care and attention, begins to feel good. It’s found once the addict gets that first glimpse of life creeping back into them. It’s found when that first smile and laugh feels genuine and not artificially produced nor extremely temporary. It’s found once the realization comes that life is so much better on the other side of addiction than knee-deep in the mud.

Once all that willingness an addict uses to chase the next high is redirected towards changing their lives, that’s when the miracle happens, and real change occurs. An addict’s unwillingness to seek help for themselves should not be mistaken for an inability to change. That’s where and when they need help the most. Reach out and look for solutions, as they are out there. Waiting for something to change is always the first mistake. If you or anyone you know is seeking help, please reach out.

Is Addiction Really a Disease?

Instead of viewing addiction as a disease from which one can never recover and that one is powerless over, the answer lies in returning the ability to chose back to the addict. By teaching them life skills and handling cravings, addicts can regain their ability to choose and exercise power over addiction. 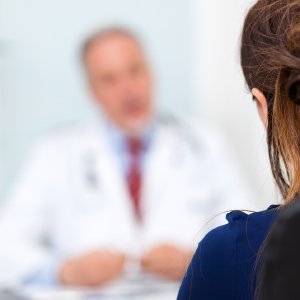 Can Social Media be a Platform for Change?

Social media is a platform unlike anything the world has ever seen, and I do see the potential to use this for good, especially when it comes to showing addicts there is a way out and that they can get better with the proper care, attention, and effort.