Quit Fooling Yourself, Because You Aren’t Fooling Anyone Else

My co-workers and I have been working on a before and after piece with some of our staff members to visualize not just how damaging addiction is to a person’s appearance and body, but also how resoundingly better it becomes after addiction. As I sifted through some old pictures up in the cloud, some of which I honestly have zero recollection of where I was or what I was doing when they were taken, what was truly striking to me was somewhat surprising. It wasn’t how bad I looked, and I looked very bad. It wasn’t how unhealthy, or malnourished I looked, even though it appeared as though I hadn’t slept or eaten for days and instead passed the time by clawing at my face. It wasn’t how apparent my poor hygiene was, even though it was obvious by my sweat-glistened face and unkempt hair that simple things like showering and getting a haircut were not high on the priority list. What was truly striking was the fact I don’t ever recall having much self-awareness while in active addiction to how truly awful my appearance was.

There was one picture that I did remember because it was a rare occurrence where I spent a night out as opposed to my normal isolation alone in the darkness. I remember dressing for this occasion. I was wearing my good jeans, a dress shirt, and a sports coat. I had showered, shaved, washed, and combed my hair, the whole nine yards. I distinctly remember feeling good about the way I looked that night. When I recently saw the picture for the first time since it was taken, I barely noticed the outfit other than to use it as a reminder for when it was taken. What I saw was a person trying not to look sad, a person with circles so dark under his eyes it could have been mistaken for eye shadow. I saw a person with skin so unhealthy that it looked simultaneously greasy and dried up. I saw scabs on my face that are only seen when a person has been tweaking. I saw a person that looked so dehydrated that his cheekbones looked swollen. I saw an addict. It couldn’t have been more obvious.

As I looked back at some of these photos, I began to chuckle because it suddenly made sense. It made sense why I was met with such apathy whenever I would try and convince friends and loved ones that I was doing better. It made sense why I experienced so many eye-rolls when I would lie about being clean and sober. The physical side-effects of drug abuse aren’t things that can be covered up with a nice outfit, shower, and a shave. They aren’t things that can be explained away with any believability. I shouldn’t be all that surprised to see my photos, because I see the physical transformations that happen to the students that do our sauna detox daily and it’s always eye-opening.

Realizing how little self-awareness I had of my appearance while knee-deep in addiction is yet another indicator of how clouded a person’s perspective is while on drugs and why it’s so important to convey the message that help is available and with the proper care and attention people can and will get better from drug addiction. If you are reading this and struggling right now, I can promise you that you aren’t fooling people the way you may think you are. If you are reading this and someone you love or care about is telling you everything is fine despite all of the signs saying otherwise, choose to believe what is right in front of your eyes instead of the hollow words of an addict because help is never more than a phone call away. If you or anyone you know needs help, please reach out.

What You Give is What You Get

A glimpse into a long-time friend in recovery’s mindset after a relapse, and what it takes to maintain long-term sobriety. Sometimes the confidence given by an extended clean-time can lead to complacency, lapse of judgment, and slowly decaying morals. Time is not a factor to judge your success by, only your commitment to a better, drug-free life. 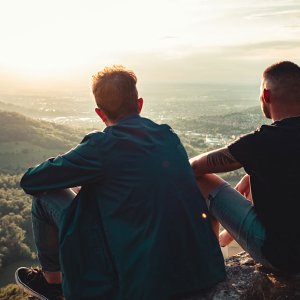 So You’re Clean and Sober, Now What?

Happiness and success come from positive actions and optimism for the future. Being sober is the first step towards happiness and success, but there are other behaviors and tendencies that will continue to facilitate your growth. 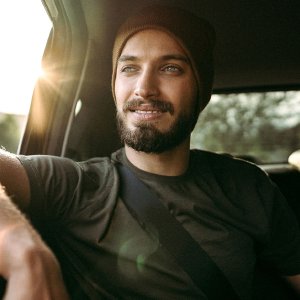