With the current drug crisis in full-swing, now more than ever, parents have to be hypervigilant in not only teaching their kids about drugs, alcohol, and the dangers of getting high, but in keeping their kids off of drugs altogether. Every parent’s worst nightmare is getting the phone call that their son or daughter passed away as the result of a drug overdose, got arrested, or hurt someone else. Everyone knows someone that’s addicted. Like I always say, you’d be hard-pressed to come across anyone these days who hasn’t been touched by addiction in some way. Everyone knows someone who is an addict. With drug abuse as rampant as it is and the need for drug rehab at an all-time high, it’s shocking that some families still don’t know the warning signs that their child might be addicted to drugs. Having as much data and information about drugs as possible is key to preventing addiction in the first place. The more parents know to look for, the better, if they want to safeguard their families and prevent their children from becoming hooked.

Here are 5 signs that YOUR child might be an addict.

One of the first things that families should look out for in their children are changes in normal behavior patterns. These are some of the first things that should set warning bells off in parent’s minds and get them to further investigate what’s going on. Parents know their children better than anyone. Sometimes, better than they know themselves. So, when their behavior patterns change, parents are usually the first to notice and should take such a change very seriously. Whether it’s staying out later than usual, spending more time isolated in their rooms, or they spend longer than normal in the bathroom, parents can be assured that something is going on that warrants their attention. Families need to pay attention to loss of sleep and being active at night, sleeping through the day, and pay particular attention to their hygiene or lack thereof. The once clean-cut academic is now dirty, disheveled, and unkempt. Whenever behaviors change like that, parents need to be on the lookout for other signs that something may be drastically wrong.

The basic definition of “introversion” or being “introverted” is “turning inward towards oneself.”Basically, when a person becomes introverted, they become quiet, withdrawn, and uninterested in being in communication with other people or their environment. This is a classic symptom of drug abuse and sometimes indicates the beginnings of experimentation with drugs or alcohol. When a child or young adult goes from social, outgoing, and in really good communication with their parents to being quiet, withdrawn, and seemingly uninterested in the world around them, chances are there’s a major problem. A kid might go from the most family-oriented person in the world to wanting nothing to do with the family, preferring to be by themselves or with their “friends.” You might ask what’s wrong and are met with “I don’t wanna talk about it” or “you just won’t understand,” but you need to push through that. Make them feel safe so that they can tell you what’s really going on. If you don’t sit down and try to listen to them, the heroin dealer down the street has an ear that’s always available.

If you don’t sit down and try to listen to them, the heroin dealer down the street has an ear that’s always available.

Losing interest in the things that a child or young adult normally engaged in is a big red flag that something is definitely wrong. They may once have had a vested interest in school, getting good grades, sports, getting into a good college, starting their career, etc. that may have disappeared, seemingly overnight. Once a person’s interests drastically change or they lose interest in the things that are important to them, chances are, something has gone wrong and derailed them. Once a person starts using drugs, getting high becomes their priority. Being successful was once the most important thing to them and now you can’t even get them out of bed to clean their room or do their laundry. You may want to sit them down and figure out what’s going on. Drugs completely take over a person’s life and their list of priorities. Once you see a drastic shift such as this, you want to take immediate action.

Randomly occurring crisis situations are a phenomenon that follow addicts everywhere. Once a person becomes addicted, their lives become exponentially more difficult to manage. They might flunk out of school, lose jobs, constantly have no money, etc. When your child starts having crisis situations accompanied by nearly impossible-to-believe stories, when your gut tells you not to trust them or what they’re telling you, you shouldn’t. When an addict makes a terrible decision that majorly affects their lives, or they run out of money to get drugs and pay their bills, they need an explanation to get more money from mom and dad.

And right and that moment, you should realize that 99% of what they tell you next is probably a lie. Crisis situations happen in life, but they don’t happen one after another to people who aren’t getting high. It’s just a fact. If you’re an addict, you’re going to have problem after problem, crisis after crisis that mom and dad are going to have to constantly bail you out of. So, mom and dad, if this is happening, don’t fall for it.

Crisis situations happen in life, but they don’t happen one after another to people who aren’t getting high.

The most glaring and obvious signs that a person is using drugs are the changes in their physical appearance, and this is something that all parents should pay strict attention to. We know how our loved ones look on a day-to-day basis. We know how they ordinarily present, which means we definitely know when their physical appearance starts to change and deteriorate. Once it’s noticed that your once fresh-faced, healthy loved one starts to have circles under their eyes, a greyish tint to their skin, their physical hygiene goes out, and they start to either rapidly gain or lose weight, you can bet something is going on. Drugs quickly cause a person’s appearance to shift, often for the worst. And it’s easy to be really reasonable about the changes you’re seeing. You might think they’re just spending sleepless nights studying or think they needed to lose weight anyway, but you couldn’t be more wrong. When a person’s appearance becomes that altered, it’s an emergency situation and something must be done immediately, since the drugs or alcohol are already taking a toll on their body.

After reading the above signs that your child may be addicted to drugs, it can be extremely alarming for some families because now they’re realizing that their son or daughter may be addicted. While it’s a scary situation, the best course of action is to do something about it! Don’t be reasonable and don’t make excuses for them. Their lives depend on you. Asking for help is a logical decision. A person under the influence of drugs or alcohol often isn’t capable of making logical life choices, since the very thing they’re doing everyday itself, isn’t logical. They might not jump right out and tell you what’s going on and that they need help. Go to the pharmacy and buy a drug test and make them take it. Get in good communication with them. Find out what’s going on. And if you get to the bottom of it and need to get them help, drug rehab is the best solution to figure out their issues and get them back on the road toward success.

Drug Use Signs and Symptoms Advice to Parents
AUTHOR

What Do You Want for Christmas?

What is first on your wishlist this Christmas? It’s almost that time and people across the country will be using the opportunity to make their lists in anticipation of Christmas morning. It’s the season of giving and receiving. 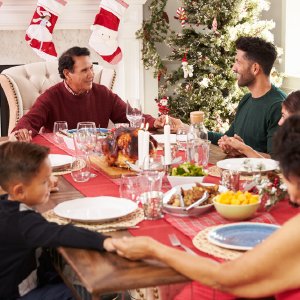