What’s the Most Important Choice You Ever Made?

When a person is so severely addicted to drugs and overdoses occur, authorities are immediately called, emergency teams are dispatched, and all attempts are made to save the person. Sometimes in life, we take a dark path. I don’t want to say that “sometimes life gets hard“ because that’s the very nature of existence. Life is hard. Life is a series of problem solving, and most problems aren’t solved in the first attempt. We fail. We get up, we try again, and sometimes, we fail once more.

Life will knock you down, chew you up, and spit you out. Life isn’t easy. No one ever said that it was supposed to be. But nonetheless, sometimes, life takes a turn down a dark, unlit path where you can only see as far as what’s directly in front of your face. As you walk down this path, it can become a fork in the road. You can turn right, or you can turn left. With the choice being ultimately yours, no one else can be blamed if you make the wrong choice. Sometimes, the wrong path seems like the right one. It looks brighter, happier and easier to travel. And sometimes the right path looks the darkest. But don’t let appearances fool you. The wrong path may seem wonderful, but that’s how it lures you down a road that quickly turns into quicksand, leaving you gasping for another breath of life as you drown in pity, sorrow, and despair.

No one forced you one way or the other. In life, we are faced with choices every day. Some choices are more important than others. There’s a thing called “the power of choice.” Not only do we have the power to make our own decisions, but we also have to look at how powerful the choices we make are.

Sometimes when I think about the split-second decision I made to try cocaine for the first time, it amazes me how powerful that choice actually was. I was offered a line of cocaine at a college event and said “sure” without even thinking about it. In that instant, that one, very quick decision permanently altered the rest of my life. That’s how powerful one decision was.

How many choices have you made that have permanently changed your life? Maybe trying drugs was one of them. Maybe not trying drugs was one of them. If you chose to get high, not realizing how bleak your future would become, maybe you could make an equally life-changing decision and decide to get help. Remember, life is full of choices. It’s up to us. Luckily, we live in a world where we are free to make such decisions. We’re allowed to make bad choices. Making our own choices and our own decisions also includes the responsibility of dealing with the consequences. We can’t pawn it off as someone else’s problem. It’s ours. So, if we want to be free—truly free—that means taking responsibility for what we choose to do and for the fallout that may come after it.

Only then will you know freedom.

This Program Saved My Life!

Being clean and sober and reconnecting with the person I once was has been an enlightening and fulfilling experience, one I could have never had from any high or drug nor from the consumption of alcohol. I have Narconon Suncoast and their wonderful, supportive, staff to thank for this newfound freedom. 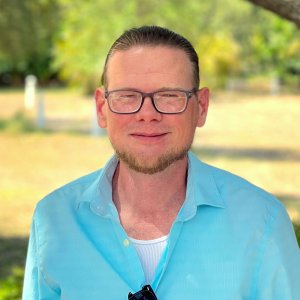