So-called “miracle cures” for addiction seem to pop up every so often. Pharmaceutical companies put out new drugs to get us off the one’s we’re taking, psychiatrists say antidepressants, antipsychotics, and mood stabilizers will handle our “disease,” and psychedelic journeys promise to enlighten us to the point of giving up drugs for good. But let’s face it, there are no “miracle cures.” Most of these self-proclaimed “solutions” are merely snake oil in a pretty package. It makes me sick. Even vitamin companies have been cashing in on desperate addicts and their families, devising formulas to do everything from detox to neuronal repair. Getting off drugs is one thing but staying off them is a whole different animal. So, in reality, there’s only one, real “miracle cure” for addiction.

Noun  · the action of restoring something that has been damaged to its former condition.

That’s a great definition of rehabilitation. Restoring something that has been damaged to its former condition. Think of how many of us are truly damaged. We’re damaged from all the things we went through that led to our addiction and then our addiction, which was our solution, damaged us further. Addicts are broken people, but not all that’s broken should be tossed away. We’re not garbage. We’re human beings. We’re people. I actually had a counselor call me a “throw away” client at one point. Addicts can and do recover through rehabilitation, it just has to be the right rehabilitation. Telling someone they’re diseased doesn’t work. Forcing someone to pray and jamming religion down their throat doesn’t work. But what does work is finding the true cause to a person’s addiction. Why did they have low self-esteem? Why did they have low self-confidence, anxiety, or depression? You have to figure that out in order to get a person off drugs. You not only have to handle the whole mental and emotional side, but you have to handle the physical addiction as well. Together, it’s a much prettier package than drugs and vitamins that promise to get you sober overnight.

If it sounds too good to be true, it probably is. Anything that promises to get you sober with minimal effort on your part is trash. Getting sober is hard work. It should be the hardest thing an addict ever does because good treatment is going to force them to look at and confront all the things they’ve been hiding away with their drug use. They’re going to be made responsible for the condition they’re in and the condition they’ve put their family in. For the first time, they’re going to stand up and do all the hard work. Mom and dad can’t bail them out of this one. If they want to get sober, they’re going to really have to roll their sleeves up and dig in.

Because getting addicted is easy. The hard work is getting clean.

I have learned that being productive is one of the best ways to overcome addiction. 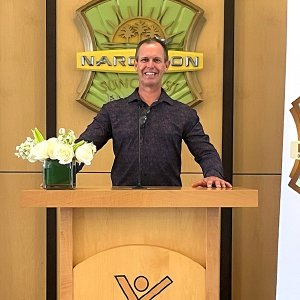