Drugs, drugs and more drugs. That’s currently the motto of the United States. Drug use is off the charts and heroin isn’t the only problem. Of course, heroin and Fentanyl make all the news because of how deadly they are and a number of lives they claim on an almost hourly basis. But I think we’ve forgotten that there are more drugs out than just heroin, causing similar chaos and problems. We have a greater number of drugs being widely abused and one drug, in particular, has seriously picked up in popularity.

Meth is a drug that’s been around for quite some time. It was actually first synthesized by the Nazi’s during World War II as a method of keeping soldiers alert and awake, able to engage in battle after battle without much exhaustion. In the 1990’s, Meth was a drug that was pretty isolated within the U.S. It was mostly found on the West Coast of the United States and in low-income areas in the Midwest. It pretty much stayed in those areas and was considered a “dirty” drug. If you used drugs and lived on the East Coast, it was pretty unlikely you would ever come across it. From time to time, you would hear stories of Meth labs exploding and trailer parks going up in flames and that was about as much attention as Meth got. It stayed put geographically and didn’t affect much of the country.

Fast forward to the 2000’s and Meth spread into the gay communities as a sexual stimulant and “party drug.” Also during that time, Meth was refined and manufactured differently. Meth labs were able to turn out ultra-strong, pure methamphetamine that looked like crystals or shards of glass. This type of Meth became known as “Ice” and the drug started a huge comeback. With the creation of Ice, not only was the drug created and trafficked in this country, but as the necessary supplies to make the drug became more scarce and difficult to obtain, production was picked up in Mexico and meth began to be distributed through major hubs all over the U.S. What this did was take a drug that was minimally used and sequestered in only certain parts of the country and made it more widely available and easy to get. And what happened is obvious; Meth use skyrocketed and it’s now found in all 50 states.

Meth is a dangerous drug, period, end of story. There are many complications that come with Meth use and yes, the drug has the potential to kill you. It causes severe psychological and physical addiction and its use should not be taken lightly. Drug rehabs are filled with Meth addicts these days and even more troubling, Meth use has been increasingly coinciding with heroin use. Addicts take the Meth to go up and take heroin to come down. The mixture of meth and heroin is called a “speedball” or “goofball” and it can be absolutely deadly.

Here are some signs and symptoms of Methamphetamine abuse:

What makes matters worse and the addiction to Meth stronger is the torturous come-down and withdrawal effects caused by Meth.

Some of the withdrawal effects are:

Because of these horrible withdrawal symptoms, many Meth addicts don’t seek treatment. Instead, they stay high and keep using, despite all the adverse consequences they’ve received as a result of their drug use. What this leads to is a sick cycle of addiction that seemingly has no end.

There is treatment available for Meth addiction and a person is not a “lost cause” once they become addicted. Help is available to anyone who wants it.

For a free addiction consultation, call Narconon Suncoast today at 877-850-7355.

I Was Truly Hopeless…

“Who am I” is a question I always knew the answer to. Growing up, I was overall, a happy, energetic, bubbly, and outspoken child. I had goals set for myself at a pretty early age. 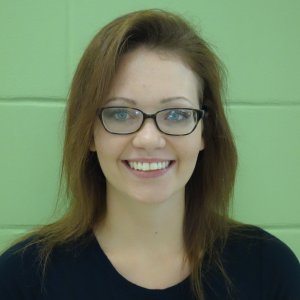