I did not have the best life growing up. My family on both sides have struggled badly with addiction, both with alcohol and harder drugs. This is the first time I have experienced sobriety since I was 16 years old. I worked full time, I paid for my own car, and the world was in front of me.

By the time I was 18, I was going to clubs every weekend, drinking and also using drugs on occasion. By the time I was 20 years old, I was using pills daily. I began stealing from my mother and when she found out she was furious. She didn’t know the real reason I was stealing because I never told her I was on drugs. She just knew her daughter stole from her.

I went to go live with my father in Indiana. I thought it would be a fresh start. I went to a party 2 months after I got there and that’s where I met the father of my child. He was a full-blown addict, and I became a full-blown addict as well. I was frequently doctor shopping and looking for someone who would up my dose on my pain pills. This lasted for 6 years while we were together.

I moved in with my father again, got a job for the first time in 6 years and began smoking meth with my dad. This became a daily thing. The pills were no longer the issue, but the meth was. I ended up going to the hospital because my stomach was in so much pain. I was pregnant. I never wanted children; I wasn’t capable of taking care of myself at the time. I was an addict. I was 27, terrified, and had a baby in my tummy.

He was due and December, so I got clean and sober and had my beautiful son in December of 2015. I lived with my father until my son was 2 months old. I figured if my son and I had any chance it would be with my mother in Florida. I stayed clean and sober for 2 years. I was working and my relationship with my mother was the best it had ever been. Then I met a guy.

He liked to drink. Drinking had never been my thing, so I did not see it as a problem. Then came the cocaine. We began doing coke every weekend. Then we started smoking crack and it became a daily thing. I was a full-blown addict again. My life revolved around chasing the high from morning to night. I didn’t care about my family, my job, or myself. I was back to my old ways.

I stole again from the one person who always had my back, my mother. She eventually had enough and threw me in jail. I caught two felonies and deserved every bit of it. I still never told her that I was back on drugs. After two weeks I bailed out and moved back in with my boyfriend. The crack use became rampant.

I begged my mother for another chance and moved back in with her. It wasn’t long before I was stealing again, and this time I came clean and told my mother I was a crackhead. Her heart was broken, and she no longer felt safe around me in her home.

Things became very tense at home and the cops were called. Eventually, CPS got involved and I knew I needed to get help, or I would lose my son. Christmas Day of 2021 was the worst Christmas my family has ever had. My mother told me I needed to get help and that is when I started calling around to different rehabs. I eventually found Narconon Suncoast. The intake specialist worked with me every day to figure out a way to get me admitted, and on January 3rd, I enrolled in the Narconon program. I pulled up and gave my son the biggest hug and kiss.

As I walked in, I broke down crying, but the staff welcomed me with open arms. They were so kind and their words of wisdom got me through the day. I walked into the withdrawal portion of the program and disconnected from the chaos of my life. I started taking vitamins to replenish my body. The staff made me feel very comfortable and welcome.

After withdrawal, I started the New Life Detoxification, or the sauna. This gave me the ability to get rid of the drugs and toxins in my body. My manifestations were very real and the supervisor walked me through every moment of them. After I completed the New Life Detox, my mind and body felt as clear as ever.

In Life Skills, I gained the ability to be proud of my decision and knew I was worth a sober, happy life. But it also taught me the antagonism I caused my family. I remember writing about my son, the supervisor looked at me, and I began balling with tears. I asked him, “how do you forgive yourself for the things you did when it involves your child?” He told me, “The way that little boy ran up to you when he saw you for the first time in 2 ½ months, he loves you. You can repair the damage with him.”

“I feel amazing and wouldn’t trade my experience here for anything in the world! Finally, after 13 years, I get to live my life. I am worth living a sober, happy life.”

On May 3rd I completed the Narconon Program. I feel amazing and wouldn’t trade my experience here for anything in the world! Finally, after 13 years, I get to live my life. I am worth living a sober, happy life. To me, everyone who struggles is worth that. I am excited to feel like an actual adult and a productive person in society. I am excited to know the people I meet in the future will get to know the real me, the sober me because I have learned that I am a great person. Nothing could be more worth it!

Regained Myself Sober and Happy
AUTHOR

I Did Things The Right Way and It Paid Off

I was born in Spokane, Washington. I’m 33 years old. I had a good childhood growing up and was raised by my mom and dad. I am the oldest of four girls. My dad is retired from the Air Force and I grew up in a traditional military family. For the most part, I stayed out of trouble. 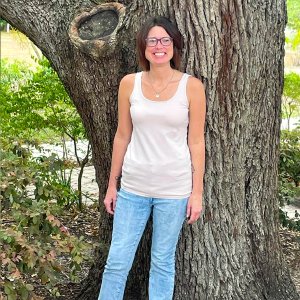 So Much to Be Thankful For

So much can change in three years. Celebrating my third Thanksgiving since leaving addiction behind and achieving a drug-free life, I have so much to be thankful for this year. 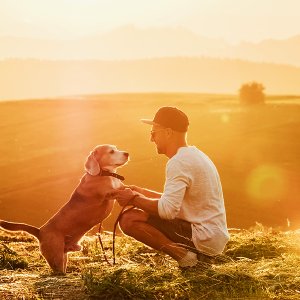