Drug Rehab Was an Incredible Experience That Will Last a Lifetime

Coming to Narconon Suncoast is the most incredible experience I could ever even begin to put into words. At one time, I had prior drug use but had gotten it straightened out back in 2006. When I came here to Clearwater, I started a business. That was in 2009 and during one of the worst financial times for a small business owner to attempt such a feat.

I had some success but then started to lose interest in the my business. I started to get bored and look for new ways of creating work. It was a constant struggle because when the times were boring, I would drink alcohol. When the times were busy, I found myself having to abuse energy drinks just to stay energized to produce on the job. I started reaching higher and higher plateaus in business, which was good, but I was still trying to cope with things.

After a while, I started getting caught up in the rat race of producing. This is when I started using methamphetamine with the idea it would lead me to produce more. Yes, it worked to an extent, but at the expense of the health of my body’s organs and my mind. It started to get worse and worse until I couldn’t handle it anymore and one day my wife caught me using drugs.

At that point, I needed to make a decision. I had to decide to walk away from my business and my family and everything, risking it all in order to save it all. Otherwise, my wife would have walked away from me, and I would have had nothing. My business would have failed, and I would have been back out on the streets again. Just like I was when I was completely homeless from 2001 to 2005. This is when I reached out to Narconon Suncoast.

I started this program and immediately started to see the benefits. There was quite a bit of anxiety about me being on the program and running out of money. With all my debts that I had incurred, I didn’t think it was possible. Fortunately, lots of people jumped in to help and subcontract work with my company which allowed me to make it go right.

I am thrilled to say that I have successfully completed the Narconon Program. During this time, I was able to sweat out all the toxins from my body and bring myself into the present with the special courses given. These also assisted in eliminating the personality I had when I was using drugs. Then in life skills, I was able to address all the bad things that I’ve ever done and handle them with conditions.

“This is the most thorough program that I can imagine. Instead of just getting me off drugs, it actually allowed me to figure out why I was on drugs in the first place and make decisions objectively that will stick with me for the rest of my life.”

This is the most thorough program that I can imagine. Instead of just getting me off drugs, it actually allowed me to figure out why I was on drugs in the first place and make decisions objectively that will stick with me for the rest of my life.

I get to see first-hand as people rebuild themselves. Being able to witness these transformations as things start to fall back in place for them is the most rewarding experience I can think of and the best place possible to call my job. 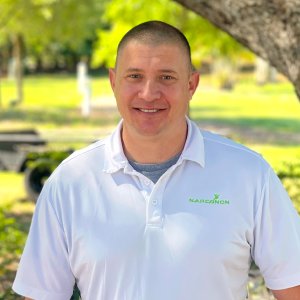 Thank You Narconon Suncoast for Changing My Life

I am very grateful and glad to have finished the Narconon Program at Narconon Suncoast with very good earnings for my life. I feel amazing. I’m able to be in the present and with a healthy body. I feel happy and full of life again now that I am no longer addicted to drugs and alcohol. 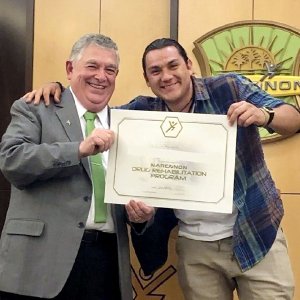