Did You Take the Dry January Challenge?

The Dry January Challenge has nearly finished its first decade since its inception in 2012 by Alcohol Change UK, a British charity, aimed to improve the overall health of those looking to “ditch the hangover, reduce the waistline and save some serious money by giving up alcohol for 31 days,” with more and more Americans taking notice each year through various social media platforms. I love the concept for those looking to simply improve their wellbeing after the rush of holiday parties and looking to get a good head start on their New Years Resolutions. It did get me thinking, however, of what taking on such a challenge might look like for someone who was suffering from an alcohol addiction and not simply a social drinker looking to improve their overall health.

As we have reached the end of January, I would suspect there are varying degrees of difficulty people have come up against while taking on the Dry January Challenge. Light and social drinkers probably do well with Dry January while people who drink more frequently or heavily probably found themselves struggling throughout the month or simply gave up on the challenge early on. People that participate in Dry January usually report feeling healthier, having better sleep, spending less money on booze, and improved energy levels. For some people, Dry January is a refreshing way to kick off the new year and take a break from alcohol. For others, it might be more like an attempt at detox from alcohol after all the heavy drinking during holiday festivities. For others, it may be a way to mark their calendars to finally kick their alcohol addiction.

People who drink more frequently or heavily that are attempting to use Dry January to reestablish their relationship with alcohol should probably evaluate the right move to make once January comes to an end. For people who have a healthy relationship with alcohol, it may not be a big deal to resume drinking come February, but for others, Dry January might pose some bigger and more personal questions. Were their previous drinking habits conducive to the various aspects of their life? Was it possibly destructive? Really looking at how their drinking affected their life can widen the perspective on this. It might take some courage but taking a step back to observe one’s situation could potentially help in deciding how to move forward in February. Is resuming drinking necessarily the smart choice? It is not always easy for someone to recognize that they may have a drinking problem, especially if they have not looked at it before. Many people are on autopilot with their alcohol intake which is why the Dry January trend has become so popular because it gives people an opportunity to make a conscious effort to detach themselves from a substance that is so embedded in society.

A lot of people move through life either unaware that they might have developed an addiction to alcohol or simply living in a state of denial. It can sneak up on someone especially if they do not know what to look for or consider themselves functioning in society. Speaking from personal experience, I had experienced all the above warning signs for years before I ever attempted to reach for help for my alcohol addiction. It might be difficult to take an honest look at your situation and the impact alcohol has had on your life. Even in the early years of an alcohol addiction, a lot of these warning signs are obvious if you pay attention. If you or someone you know spot any of these warning signs of addiction, it would be a good idea to have a plan of action to tackle your addiction head on.

Unfortunately, the Dry January Challenge is not going to give a person the life tools they need to put an end to an alcohol addiction and likely will not offer a long-term solution to someone battling substance abuse, but it can certainly offer insight on whether a person needs to seek treatment and find help for themselves or if they fall into the category of someone who can simply put it down on their own as they see fit. Dry January is a great and positive way to boost the health of those that just want to take an innocent break from drinking, however, it may also be just the sign someone needs that it is time to reach out for help.

A Super Bowl Worth Remembering

As an avid sports fan, sporting events were something that became complicated and difficult to enjoy during my addiction. The experience of watching my team win a Super Bowl clean and sober was nothing but unbridled joy. 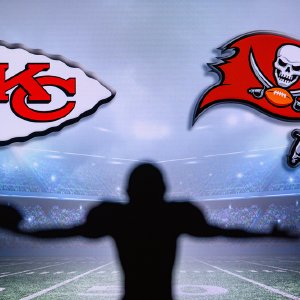