A Super Bowl Worth Remembering

Super Bowl Sunday was an exciting day for everyone here in the Tampa Bay area who follow the Bucs as well as their fans spread out around the country. I have been an avid sports fan my whole life. A native of Tallahassee, I grew up surrounded by the sports teams of Florida State University. A diehard Seminole, I began following the Tampa Bay Buccaneers since I was a teenager when Seminole greats were a mainstay within that organization and I have been a huge Bucs fan ever since. Unfortunately, by the time the Bucs won their first Super Bowl during the 2002 season in February of 2003, my life had already begun heading down the dark and winding road of addiction.

While I do remember celebrating that moment, I also remember being very drunk and had begun to feel lost in life. Back then my drug of choice was alcohol, and lots of it. I was a senior at FSU at the time and also abusing Adderall to mask my alcohol abuse so I could wake up for class and study when the time called for it. My life was a constant party filled with insecurity about my choices and direction in life. It would be many years later and many drunken sporting events later before I would ever admit I had a problem and seek help.

For years after my addiction kicked in, I used sporting events as an excuse to party, while the fan in me who once cared so deeply about the outcome of the games and cheering my team on in good sport, could not see past the next drink or drug. Years later I got hooked on pain killers and then different variations of street drugs such as heroin and cocaine. Attending sporting events became complicated, and the stress involved in making sure I had enough supply to either sneak into the game or take beforehand to keep my withdrawals at bay became a miserable affair.

I remember flying out to California with my then-fiancée to watch Florida State play in the Rose Bowl for the National Championship in January of 2014. It was amid an addiction to oxycodone that I was attempting to hide from her. I brought enough in a prescription that should have been plenty for my trip out west, but because I was an addict abusing them, I ended up running out just before we went to the big game. I did what a lot of addicts would do in that situation, I began drinking alcohol in a futile attempt to keep the withdrawal symptoms at bay and ‘enjoy’ the game all while attempting to save face by pretending that I was clean and sober. It did not go well, and that would be the beginning of the end of my relationship with her. Florida State won the National Championship that night and instead of being a wonderful memory that stands out fondly in my life, it set the tone for the struggles I would go through over the next few years.

Which brings me to Sunday, when the Tampa Bay Buccaneers, right down the road from me in their own back yard, won the 2021 Super Bowl. Gone were the overwhelming problems in my life attempting to tarnish that moment. Gone were the hiding and lying about what I was doing. There was no hangover the next morning, no regret of decisions made before, during, or after the game. There were no upsets with family or friends or girlfriends. Nothing but the pure and genuine joy that only watching your team win it all can bring, free from all the shackles that had ruined so many of these moments before. I was able to share that joy with my brother, another avid Tampa Bay fan who lives in Tampa, who had come over to watch the game with me. We were able to call my parents after the game and celebrate with them over the phone. It was a beautiful moment in my life, a full-circle moment if you will, because even though I am years removed from my addiction, it was the first time I got to see my team win a championship and truly enjoy it like I was a kid again, the way I watched and enjoyed sports when my innocence from addiction was intact.

I think a common fear a lot of addicts go through is what life will be like without the drugs or alcohol? Being the sports fan that I am I know I pondered this question; how could I possibly enjoy sports without alcohol? It had become so ingrained in my sporting events that it was hard to imagine what it would be like when that was taken away. But like so many other aspects of my life since I got clean and sober, the answer is simple. Resoundingly better in every conceivable way.

Did You Take the Dry January Challenge?

As the Dry January Challenge continues to gain attention from more and more Americans, we examine the benefits as well as what that may look like for someone struggling with an alcohol addiction. 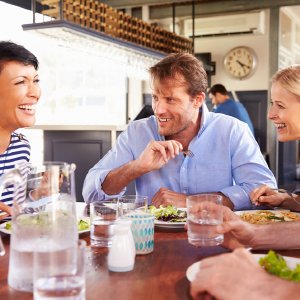