When is it going to stop? When are people going to stop dying from fentanyl overdoses? It’s getting a bit ridiculous at this point; people are dropping like flies. And not just “regular” people but beloved celebrities. Last year Prince unexpectedly passed away from what turned out to not only be a fentanyl overdose, but possibly an overdose from fake Vicodin pills that were actually full of fentanyl. Then about a month or two ago, an up-and-coming rapper known as Lil’ Peep died from an overdose involving benzos. And now Tom Petty appears to have fallen victim to the one drug considered as the scourge of our society. The death of Tom Petty isn’t recent news. He actually passed away last October but the toxicology results recently came back and the results are shocking, but not surprising.

Jonathan Lucas, the coroner on the case recently released the results of the autopsy and toxicology testing conducted after Tom Petty’s death. Apparently, he had a massive amount of drugs in his system when he died. According to the results, fentanyl, oxycodone, temazepam, alprazolam, citalopram, acetyl fentanyl and despropionyl fentanyl were all found in his blood and urine. That’s a massive amount of drugs and, to top it off, Tom had two fentanyl analogs in his system, meaning they weren’t prescribed by a doctor. On the contrary, these were illicitly-created forms of fentanyl that are regularly mixed with heroin and other drugs that are purchased on the streets. Basically, Tom Petty struggled with a severe opioid addiction, to the point where he was consuming legal and illegal forms concurrent with each other, leading to his untimely death. Mr. Petty struggled with several painful physical conditions such as knee problems, emphysema, and a broken hip, which may have fueled his drug use.

In a statement issued by Tom Petty’s family, they said, “As a family, we recognize this report may spark a further discussion on the opioid crisis and we feel that it is a healthy and necessary discussion and we hope in some way this report can save lives. Many people who overdose begin with a legitimate injury or simply do not understand the potency and deadly nature of these medications.”

“Many people who overdose begin with a legitimate injury or
simply do not understand the potency and
deadly nature of these medications.”

It’s incredibly sad that a talented rock icon whose music inspired multiple generations has become another of the fallen. We’ve lost too many people to this epidemic and we need to take action to end these needless deaths. Each day seems to be filled with the heartache of another person taken from us, taken from their families, losing their battle against these nasty drugs. My only wish is that Tom Petty, just like anyone else struggling with addiction, had found his way out of the mess he created for himself. Just as with any other addict, he never meant to get addicted. Unfortunately, he underestimated the strength and potency of these drugs and fell into their devilishly-loving embrace.

If only he found a way to get off the drugs for good. If only he had found a treatment modality that would have worked. 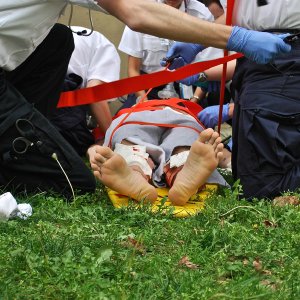 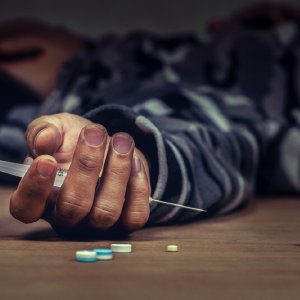