An Open Letter to Families:
Never Giving Up and Finding Hope

It wasn’t all that long ago where I would have scoffed at any notion of not giving up or finding hope. I would have been in one of my endless pity parties with thoughts that went something like this:

“Ha, I remember when I actually believed that.”

I’ve never experienced anything that came close to damaging my belief in myself like addiction did. Sports, school, relationships, and work all came with some failure and life lessons. But I was always able to dust myself off and pick myself back up and learn from them. It’s what drove me to be better, to succeed, to reach my potential. That was before my life as an addict.

Every time I made any effort to get clean, and each time I failed, I felt like I lost a piece of myself. I lost friends, relationships, the trust of my family. I truly had no answer or remedy for why I kept choosing a life full of pain, destruction, and misery over a life of peace and prosperity.

Living as an addict is not fun. It’s so full of self-doubt and self-hatred that it comes as no surprise that giving up and losing hope is the norm. I hated my life, I hated that I continued to waste time, and I hated that I continued to choose drugs over literally everything else. I needed help. I was past the point of being able to believe in myself or believe there was any way I could change. That is where my family came in.

I had literally given my parents every reason to wash their hands of my problems. For years I continually made my problems their problems. Half-hearted attempts at rehab didn’t help matters. At some point, I just knew they were going to throw their hands up and tell me they had no more resources or energy to send me back to treatment. “The rehabs simply aren’t working,” I knew they would eventually say, “so figure it out on your own. I hope you make it, but there is nothing more we can do to help you get through this, it’s simply too hard.” To my surprise the love never stopped, the support for me to get through that rough patch in my life never ended, and without it, I am certain I wouldn’t be where I am at today.

“Through all the years of heartache and betrayal… through all the attempts at rehab that didn’t produce the results they had hoped for, one thing remained constant: If I needed someone to tell me there was a plan for my life that included something more,… someone to remind me of how I was before addiction… if I simply needed someone to listen or give me a hug, they were always there.”

That is not to say it was easy on my family to do this—it’s actually quite the contrary. There was a constant struggle between my mom and dad on what constituted the support that I needed and what was enabling. At what point do they throw down the “tough love” and say “No more”?My parents weren’t professionals at this, they had never been through anything like this and they had to learn on the fly.

I’m sure they would say there are things they wish they could have done differently in retrospect. I have no doubt they did their best with what they had. Regardless of the struggles of how to best go about that, they never gave up on me. Eventually, my parents wised up to my many acts of manipulation and began seeing through the lies. They became more adept at not supporting my drug habit but they never abandoned me. It was as rough on them, for over a decade, as it was on me. I know at times they felt as hopeless and helpless as I did.

Most importantly, if I was willing to go get help and try again, they never said no, they never told me I had failed too many times, and they never told me they had given up on me. It was through their refusal to give up and their ability to find hope that I eventually found that for myself again. That’s what saved my life, and that is why I am doing better than I ever thought possible and that’s why my life’s mission is now about helping others and hoping to do for addicts what my parents did for me.

If you or anyone you love needs help, please reach out. 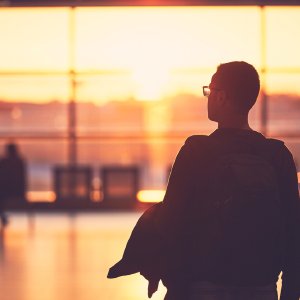 An Open Letter to the Addict Still Suffering 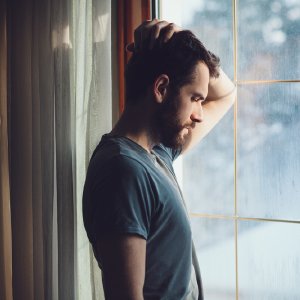