We, as a community, value a higher education so much so that some people find it nearly impossible to gain employment and make enough money to support one person, let alone a family, without some kind of college degree.

For me, continuing education wasn’t something I was worried about. I was always told “you have plenty of time to think about the future.” The next thing I knew, I was graduating from high school and scrambling to find any college I could to apply to. Thankfully I was accepted and able to pack my bags and head off to what was supposed to be the best four years of my life.

I slid by my first semester freshman year with mediocre grades and a trunk full of empty booze bottles just like the majority of my class. But I noticed that a few of my friends had made above 4.0 GPAs that term while taking more than the required number of classes to be a full time student. I was amazed because I had seen them out partying and drinking almost every night. All I had in my mind was that these guys and girls were either super geniuses or I was stupid. Both of those explanations were perfectly plausible.

It wasn’t until the end of my freshman year that I figured out how they were able to slam tequila Tuesday night and ace all three of their finals on Wednesday. The majority of my friends along with the majority of the university were popping “study aids” called Adderall like Pez candies. They bought it off other college kids with ADHD prescriptions or went to the doctor to obtain one for themselves. Quite easily, I might add.

I knew that what they were doing was basically illegal, but who was I to tell them to stop? They were making more than exceptional grades, participated in numerous extracurricular activities, and still had time to volunteer for charities before heading out to the frat houses for Jell-O shot night. I kept my mouth shut about their pill parties and went about my own business, struggling to keep my social life intact while also pulling my grades up from the abyss that they had fallen into.

As I watched them pour all of their money into those child-proof bottles, I noticed everyone changing. The girls who used to be fresh faced every morning now had dark circles under their eyes and their hair was always pulled into a greasy bun. They had gotten to a point of total exhaustion; they were no longer sleeping off their Adderall high. Instead they just took more to keep themselves up so they could deal with the demand they were facing from their course load.

Some of their grades started to slip so they took more and more Adderall to stretch out what little energy they had left. Finally, they would crash and basically sleep for days, only to wake up and realize that they were failing half of their classes and their professors had dropped them from the other half.

Literal chaos ensued as they ran around from one professor to the next, making up stories of sick relatives and dead pets to get all the sympathy they could and have a chance to raise their grades to an acceptable level. When they were granted those assignment extensions or extra credit essays, they would run out to find more Adderall so they could complete them. It was a cycle of addiction that they were too blind to see. After all, they were just trying to further their education. Just because their intentions were good, doesn’t mean what they had to do to achieve their greater goals was.

In their attempt to pad their resume they would present to a future employer, nail the interview and get the job, they ruined so much, not to mention the number of failed or withdrawn classes they would have to explain away. They had developed an addiction to something that they regularly took to help them succeed, but which ultimately brought them to the point of failure. In turn, they had to backtrack and fix all of the things they could have done correctly had they just done them sober.

Adderall is a problem that effects a vast majority of college goers and has even spread to high schoolers in their attempt to build the perfect college application. It seems so easy, so acceptable, and so legal! What could be wrong with this little boost? They don’t realize that they don’t need to be the perfect scholar in order to get into a good college or get a good job.

Adderall may help them pass that test, but if they can’t retain that information that could be vital to the job they want then what’s the point? A crippling addiction outweighs the glimmer of that resume. No employer wants to hire an addict. It almost begs the question: Is it the easy accessibility of this drug and its allure and reputation to “help you study better” or is it the accepted “take the easy way” mentality that so much of the population has?

If you or a loved one is struggling with Adderall Addiction call 877-850-7355 to speak to a counselor today! 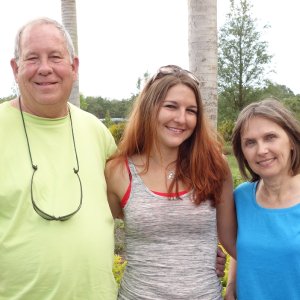 I Finally Got My Family Back

“My life before coming to Narconon Suncoast was pure chaos. Since the age of 14, I would take whatever substance I could get my hands on. Throughout my twenties, I took pills and eventually switched my addiction to Meth in order to get off of the pills. 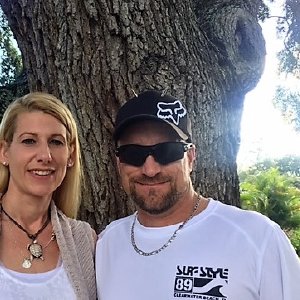