At Narconon Suncoast, our program is designed in a step by step approach to handle all aspects of a person’s addiction. The goal is to give a person all the tools necessary to overcome their addictions for good and go on to live a healthy, happy, and productive, drug-free life. One thing I love about our program is that it takes the focus off the addiction and redirects it towards creating and finding a life far removed from that of an addict. It is certainly a vastly different approach than that of more traditional methods of treating addiction as a disease with the sole focus on the illness, often relying on drug-replacements as the primary aftercare. I wanted to be free from my addiction, and it was only through the Narconon program that I finally realized that I could obtain total freedom from my tortured past as an addict, that it could be part of my story and give me a great perspective to help others in need, but that it in no way defines who I am as a person today.

Taking this approach early on in treatment was obviously the first and most important step, but how did I use those tools to make the changes that I worked very hard to make last and begin molding me into the person that I am today? That goes for all of our successful graduates, each of us has our own path to carve out, and while everyone will have their own unique experiences, there are a couple of things I always like to advise students about before they embark on their journeys after Narconon that I feel can hold true for everyone.

The first and most important thing that I did was make a very real commitment to myself to do everything necessary to keep all the gains I had made on my program. This involved making a plan that was real and obtainable before I graduated and then sticking to that plan without compromise. There were tasks and tangible work that I committed to, but perhaps the most important commitments that I made involved things like being honest without fail. Lying was a big part of my addiction, so I knew that behavior could no longer be a part of my future if I was going to make it. I am far from a perfect person and there were times, especially early on, where telling a lie seemed more comfortable than owning up to the truth. I realized that lying was a product and habit of the way I used to live my life, and as I began living in a way that did not create reasons for me to be dishonest, telling the truth became a product of that and a natural part of my new lifestyle. The same goes with the manipulation, disrespect towards the people I loved, all of those behaviors driven by drug dependency began to naturally dissipate the more I lived my life in a way that did not create reasons to manipulate and also commanded the respect of other people. That commitment to continue using the tools I had learned on my program and the ability to live my life with my head held high helped not only break all of those bad habits that had been formed as an addict, but also replace them with good and healthy habits.

To stay committed there was something else that I had to be willing to do, and that is make sacrifices towards the end goal of creating the life that I wanted. Those sacrifices were both big and small. The big sacrifices involved a geographical change that did not feel good at the time I made it but that was one I knew was necessary for me to continue down the path I was on. Other big sacrifices included ending friendships with people I still had genuine affection for but were simply not beneficial for the new life I had chosen. I had to risk hurt feelings and the blowback from others that may not fully understand the choices I was making and the reasons for those choices. In the end, it worked because the only person that needed to understand why I was making the decisions I was making was me, and those decisions were being made with a rational and determined mind to create the life that had been nothing but a fantasy while I was struggling with addiction. Other sacrifices were smaller in context but still vital, nonetheless. These included making sacrifices such as avoiding certain settings and places that were uncomfortable for me in the beginning of my sobriety. The most important thing to remember about making sacrifices is that they were not easy to do when I made them, that is why I call them sacrifices, but they were necessary for me to follow through with my commitments and completely worth it in the end.

I think one way we fail as a society in helping addicts is in overcomplicating what is involved in staying clean and sober. Having the right roadmap is very important and that involves taking the right approach out of the gates in getting treatment that is geared towards getting better, making lasting changes, and creating a life free from addiction, not fighting a lifelong battle that will never be won. Once that roadmap has been mapped out, staying committed and being willing to make whatever sacrifices are necessary to follow through with those commitments will be a very big step towards a better, healthy, and more fulfilling life beyond addiction.

If the Battle Still Rages on, Now Is the Time to Fight Before It’s Lost for Good

I received word recently that another old friend had lost his battle with addiction. My immediate thoughts, as is normally the case, were with his family left behind. 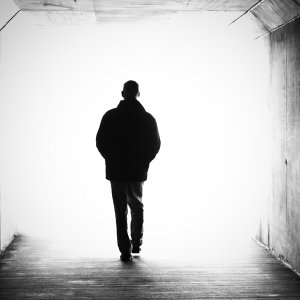 ‘We’re in the Pain Business…’

Yes, these days, pain is a business. And in the middle of all the problems associated with opiate abuse, dentists are right up there with the top prescribers of immediate-release opioid painkillers . 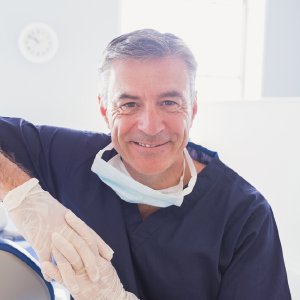