I Will Not Regret the Past

Before I came to Narconon Suncoast, I did not confront situations that arose in my life. I hid my emotions and never talked to anyone about the way I felt. I did not use my time wisely and I was not a productive member of society. Two and a half years ago, my father had passed away from a brain tumor (neuroglial blastoma). He never smoked, drank, or did any drugs in his life. The day he found out about his cancer, he didn’t want to go into treatment and reduce the quality of his life. My mother had a different view, she wanted him to have surgery and undergo radiation and chemotherapy.

The area of the brain known as Broca’s area is responsible for speech production and unfortunately, this was around the area of where the tumor resided. My father was swayed by my mother to undergo treatment. I was not ready to see my father like this and I did not share my emotional state with anyone. Instead, I would go to my room and cry by myself. I would ask myself why and how this could happen to a man who didn’t drink, smoke, or use drugs. A man who was an honest, loyal, and hardworking doctor, who was compassionate, caring, and showed everyone what the true definition of altruism was.

After he had gone through surgery, I was not able to have conversations with him. Fortunately, he was able to understand others’ speech, being that Wernicke’s area in the brain was spared. I realized after the surgery that I did not use my time wisely with my father, and now found myself spending as much time as I could with him. I had an enormous amount of regret for not taking advantage of the time I had once had with my father before his surgery. To be able to have had more conversations and debates with my father was always on my mind.

My father not being able to speak or write due to the surgery left me wondering if he had felt the same way. That maybe he had things he wanted to tell me and was no longer able to. This made me upset to a certain degree towards my mother, even though she was only looking out for my father and trying everything in her power to increase his lifespan. Regrettably, I do not think she had thought about the quality of his life after the surgery and treatments. I never confronted my mother about how I felt, or why she never let my father do what he had originally wanted and not have the surgery.

In my head, I just thought this would upset her and since it was such a depressing topic I had avoided it completely. The fact that I could not confront these situations that had arisen, the fact that I hid my emotions and did not use my time wisely lead me into a downward spiral. I started using drugs to cope with all of this. It wasn’t until I got to Narconon Suncoast and was towards the end of my program until I had realized this. I now see the light at the end of the tunnel and I am able to confront situations that may arise in life. I no longer hide my emotions and isolate myself, instead I talk about the way I feel to friends that are social, caring people. I use my time wisely by helping others get through the Narconon program. I now consider myself a productive member of society and I am happy with the person I am today.

I’m Finally Happy to Be Me

One of the most important parts of the Narconon program are the Life Skills courses. These courses are able to put the pieces of an addict’s life back together and allow them to deal with the real reasons why they used drugs in the first place. 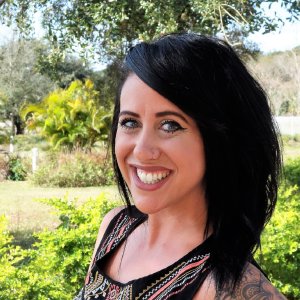