I Haven’t Been This Happy in Over A Decade!

“Before coming to Narconon Suncoast, I had become virtually everything I loathed in life. I was a thief, a liar, someone that did not show up for life. I not only lied to myself, I lied to everyone else around me. I stole from those I hold dearest on so many occasions that I eventually lost track. I grew to despise myself as I fell further down the rabbit hole of my addiction. I wasn’t to be trusted with anything or anyone. I strained every relationship that mattered to me. In turn, I felt 100% alone. I didn’t feel that I could ever get out of it. I felt that everyone I cared about would be better off if I was just gone, thus, I took my addiction to the extreme to end the suffering for everyone, including myself.

“Not only did I suffer, but so did my family as they helplessly watched my addiction take away the person I was. They had to deal with a manipulative, self-centered, lying thief. I impacted my parent’s finances due to the money I stole from them. They saw me as a shell of a person that lost any morals and values I’d once had. My siblings couldn’t even have their kids around me, and my parents were given ultimatums in order to see their grandkids by not being able to have me around if they wanted to see them. I put strain on my parent’s relationships with my other siblings since no one could agree on how to handle me. I had come to the realization that I wasn’t good enough to get and stay sober. That only people that were worthy of such a gift could have it and thrive. I felt that because of all the wrong I did, I deserved the life I was leading.

“My decision to come to treatment this time was not entirely mine if I’m being honest. I knew I needed help, however, asking for help seemed like an impossible feat. Thankfully, my parents were not yet willing to give up on their son. They saved my life by forcing me to look at myself. I decided, once confronted, that I owed it to them and myself to try treatment again. The only stipulation we agreed on is that it would not be a 12-step based program. The search took maybe twenty seconds and we were sold. I was on a plane down to Narconon Suncoast 2.5 hours later. The best decision I ever made, hands down!

“The sauna program was something I was excited for. Knowing what it was supposed to accomplish by getting all of the toxins and drugs out of my body that I had been around for so long seemed unreal. However, after just over a week in Sauna, I began to feel better physically. The exacerbated pain I had felt for so long from prolonged opiate use was gone. It had been ten years since I felt my body the way I did after Sauna. I was amazed at how bright and colorful everything around me had become. It was like someone took the blinders off and I could see again clearly for the first time in over a decade. I didn’t think I would be able to have a decent quality of life without some form of pain meds from all of my injuries. Now I don’t know how I didn’t find this years ago!

“I went into the Objectives course with an open mind, realizing my way of thinking and doing things had me putting a needle in my arm. In doing so, I was able to get the most out of Objectives just by learning to be present and talk about the things that came up in my head. Objectives helped teach me not to be reactive, but to process what was going on around me first. It helped me get a lot of trauma from my past out.

“The Life Skills courses has been life changing! I looked at the people in my life and assessed if they were in my life to help or to hurt. Being able to take responsibility for my actions over the course of my life and handle my family was another gift I can’t repay. Seeing the faces of my parents when I finally admitted to everything I had done, without trying to justify or minimize the event gave me an overwhelming sense of pride. I was finally able to handle my life and my mistakes without lying. Some parts were difficult, however, the weight I felt lifted after I finished was amazing. I feel a thousand pounds lighter. I now take full ownership of my actions. The entire process has given me an opportunity to look at my life, the cycle I was trapped in for so long, and really identify why I used drugs and what I was trying to mask. It has made me a happier person, at peace with my past and focused on my future and the potential I have. I no longer see myself as the mistakes I have made, instead, I see myself as reborn with a new lease on life and ready to live! I am able to actually be there for others today. I haven’t been able to honestly say that in a long time. I am willing and able to accept responsibility for my actions and do what is necessary to make them right. I can identify things in my life that aren’t healthy for me before I allow them to spin me out.

“My parents recently visited and said they haven’t seen me so happy and healthy in over a decade. Seeing the smile on their faces when they saw me brought tears to my eyes. They said they finally saw their son again, instead of a shell of a human. They can hear in my voice how well I am doing and they are proud of me. My siblings are happy to have their real brother back and are proud of me for putting the work into finally getting better!

“One piece of advice that I’d like to give people currently struggling—and I can’t stress this enough—is to get help and get it NOW! I stayed in my addiction far longer than I had to because I was afraid. I was afraid of the disappointment I thought my family would have. In reality, I could have saved myself and them a lot of heartache if I was just willing to admit I had a severe problem and needed any help I could get. Narconon Suncoast has truly saved my life and given me back so much I thought I would never have again. My self-worth, self-esteem and reality about who I am as a person is at a new all-time high. No matter what you think right now, you don’t deserve the life you’re living and the staff here at Narconon Suncoast can and are willing to help you get back what we all lose in our addiction: ourselves.”

With a Bright Outlook on the Future, This Program Changed My Life

Once I started to become addicted to alcohol, everything changed. My depression took a toll, and I felt totally lost. I felt like I was moving mountains every day just to function and get by. My life was a mess, and I did not know what to do or where to start. 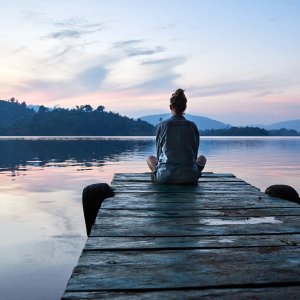 If you look in a dictionary, the definition of an addict is straight forward. It is defined as “a person who is addicted to a particular substance, typically an illegal drug. 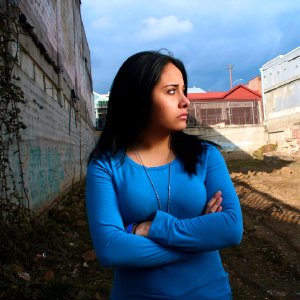