Surge in Overdoses Driven by Somber Numbers Early in the Pandemic

There were 81,000 overdose deaths recorded in the 12 months that ended in May 2020, just two months into our country’s lockdowns and shutdowns due to the ongoing COVID-19 pandemic. It is the highest number ever recorded in a 12-month period in our country’s history, a sad and sobering statistic that is further proof that our country’s model for treating addiction as a disease that needs to be medicated with drug-replacement therapy is failing miserably and is further hampered by the continued surge of synthetic opioid overdoses from illicitly manufactured fentanyl. Synthetic opioid and fentanyl overdoses were up a very disturbing 38.4 percent compared to the 12 months leading up to June of 2019. Unfortunately, the numbers do not stop there and are not limited to the ongoing opioid epidemic. Cocaine overdoses were up an alarming 26.5 percent while the well-documented rise of methamphetamine overdoses was up another troubling 34.8 percent. (cdc.gov)

We are nearly one year removed from when the WHO declared a global pandemic due to COVID-19 which has caused unprecedented tragedy and disruption to our way of life in modern times. Industries such as Hollywood and theater chains, restaurants and bars, small businesses, theme parks, and sporting venues that rely on large crowds, have been upended and face a very deep hole to climb out of when this is all behind us. Many industries will simply never be the same. We have all been affected by this in one way or another, some more than others with either the tragic loss of loved ones or the loss of livelihood. I suspect this pandemic will have a ripple effect on the world as we know it for the rest of our lifetimes.

I would be lying if I did not admit that I feel immense gratitude that my addiction is a distant memory during these times. I do have empathy for those that are still struggling or those that were or are in the early stages of recovery and am not the least bit surprised at the negative effects these lockdowns and shutdowns are having on untimely deaths due to overdose. Ask anyone who has struggled with addiction and they will likely tell you that isolation is both a key contributor to an addict’s misery and a primary trigger for a relapse to those in early recovery. Now imagine forced isolation for months on end to an addict, void of the normal human interaction and support that is so vital to a person in recovery’s health and wellbeing. Aside from isolation, you have idle time and boredom to deal with, another no-no for people who are attempting a new lifestyle. Add to that a lack of structure or routine with so many furloughs, layoffs, and businesses failing, and you have a recipe for disaster for both addicts and those in early recovery.

With all the above said you may think you would have an influx of those seeking treatment when difficult times have forced people towards desperation. While that may be true, treatment centers have been faced with their own barriers and obstacles to overcome during the pandemic just like everyone else. Quality treatment centers are not found on every corner block in America, and travel restrictions and stay-at-home orders have unquestionably had an impact on those seeking treatment long distances away. Treatment centers are also primarily health care facilities that have their own guidelines they must follow to protect the patients that have already been admitted. I am sure some have been more diligent than others when it comes to the health and safety protocols put in place to protect their residents, but those protocols may also unavoidably prevent someone in need from getting the proper care.

All this is to say when the numbers are released later this year it will likely paint a bleak picture, and because overdoses have already reached unprecedented highs before this pandemic started, it will shine the spotlight directly on a problem many of us in this industry have known for quite some time. We are failing as a society to help those in need get the best possible chance at recovering from addiction. The system desperately needs an overhaul and new approach towards what has become the norm; short detoxes, short treatments, jail time, felony records, dual diagnosis, prescription-based drug-replacement therapy, an incurable disease. These methods are not working, and the numbers are not lying. People are going to need our help, now more than ever, and we must do better.

A Relief Fund Geared Towards Helping Addicts—Why Not?

With more relief packages apparently on the table, I take a look at why treatment reform should be at the top of the priority list. 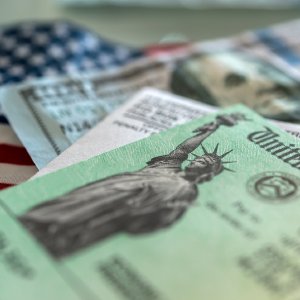 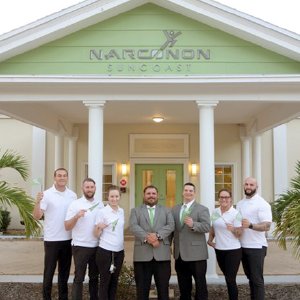