Breaking Through the Cycle of Drug Addiction

Drug and alcohol addiction is a vicious cycle that can become not only unmanageable, but in many cases unbearable. It is a process that creates poor decisions as well as addictive habits and behaviors which can compound upon themselves to the point of financial ruin, distraught relationships, and sometimes even death. I, myself, have experienced all aspects of drug and alcohol addiction from one end of the spectrum to the other. I can say from my personal experience that I felt like there was no light at the end of the tunnel or better days ahead when it came to my drug and alcohol use.

The only relief and respite from this cycle came when I reached out for help. This is where I found hard work, hope, and unwavering determination for achieving sobriety. I can truly say that the decision to become sober and work through my addiction was one of the best decisions I have ever made for myself. When I reflect on all the time and effort that I put into getting drunk and/or high in the past, the effort to become sober was considerably easier. In my opinion, the hardest thing to do is maintain discipline and the commitment to the goal set out to achieve a drug-free life. This is an effort that needed to be worked on continuously on a day-in and day-out basis, and though not every day was a pleasant one, the difference is night and day when compared to the feeling of being dope sick or experiencing the urge or temptation of that next drink or that next high. The satisfaction that comes from this hard work and dedication to remain sober also far outweighs the minuscule amount of euphoria received from any drug or alcohol use.

My addiction did not begin overnight. I did not wake up one day to the realization I was a drug addict or an alcoholic. This was something that generated over the course of many frustrating and well-forgotten years of my life. The cycle of addiction began first with the initial use of a substance. I was always looking for a good time and willing to try new things to get high, and at first, everything seemed great, and my life felt manageable. For some people, this is as far as it will ever go, but in my case, as well as many others, this stage of the cycle does not last long. This quickly turned into addiction.

Taking drugs and drinking alcohol became a normal routine for me. This routine lasted a long period of time. Being drunk or high became my norm. I would even let it get to the point of associating this routine with other activities or events of my life. Things as simple as going to a movie, going to work, or even getting out of bed in the morning, had to be done in an altered state of mind. This state of mind ended up being involved in all aspects of my life. So much in fact that my tolerance level for drugs and alcohol increased exponentially, which brought me right into the next stage of my addiction.

With my tolerance level through the roof, I then began finding more potent and effective means of getting high. This was really when my life began to spiral out of control. All aspects of my life began to be affected by my drug and alcohol use. Gainful employment became scarce, relationships were lost, and my health began to diminish rapidly. It got to a point where I was no longer using drugs for fun or drinking socially anymore. My addiction had now moved on to the point of total dependence. My life at this point was completely upside down. I was no longer the same person I once was, and I had been addicted for so long that I had no recollection of the person I once was. This lifestyle carried on for as long as my body could take it. It was not until I temporarily died from an overdose that I realized that something was seriously wrong and there was no longer any room for excuses or justifications for me using drugs or alcohol.

Something inside myself needed to change drastically. It was at this point I realized that my only option was to seek help in the form of treatment for my addiction. Once I started to be truthful to myself and recognize the destructive harm I was causing to not only me, but to those around me, the decision to get help was a simple one. It was the best decision of my life. I can now hold my head up high knowing that I broke the cycle of drug addiction, and it will no longer control my life.

I can truly say that the feeling I get when I look at myself in the mirror is a lot more satisfying than it has been in the past. What once reflected a broken human being with no direction or future, has spawned into an individual ready to take life by the horns and live every day to the fullest in a positive, ethical, and constructive manner. Sobriety has done this for me as well as all the support I have received from the many influential individuals that I have come across on the road to recovery. I would urge anyone struggling with addiction to take that first step towards recovery and find the help needed to change your life as I did. Being free of the vicious cycle of addiction is nothing short of a blessing.

What I Gained and Lost During My Recovery

A full recovery from drug addiction is a journey, and I have gained and lost, quite a bit through it all. I have written before that my ability to leave addiction behind had more to do with my commitment to becoming a better person than it was about removing drugs and alcohol from my life. 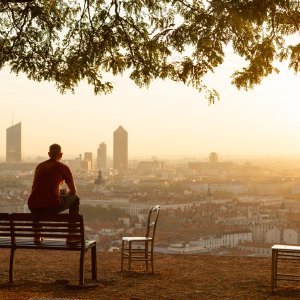 When The Weights Have Finally Been Lifted

The consequences and ramifications of living the life of an addict can be great. They can be so overwhelming that it often makes the prospect of getting clean even more daunting. It’s often the first thing that is on a person’s mind when the fog lifts. 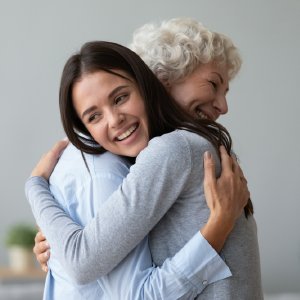